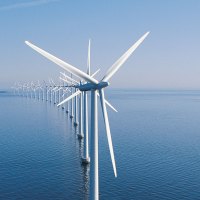 Bank of America Merrill Lynch has its quarterly summary and outlook our for the cleantech sector via wind, solar, and other alternative energy plays.  While there was a 5% S&P 500 Index move, BofA’s solar sector was up 25% and wind was up 21%.  The moves were surprising and the firm noted that high short interest ratios contributed along with the woes of Japan and its nuclear situation.

Westport Innovations Inc. (NASDAQ: WPRT) was first on the overbought list with 88 RSI and 39% from its 200 day moving average.

Clean Energy Fuels Corporation (NASDAQ: CLNE) was in the middle of the overbought list with a 77.5 RSI and 18% from its 200 day moving average.  Fuel Systems Solutions, Inc. (NASDAQ: FSYS) was also noted as one that won’t benefit that much from legislative gains in fuels.

What is interesting is that BofA said it was increasing its Wind sector to equal-weight but continues to avoid the turbine makers.  After what we saw with American Superconductor Corporation (NASDAQ: AMSC) this week (AMSC-Sinovel pact noted as huge concern) it is hard to wonder how wind was positive at all.

SmartGrid stocks were lowered to equal-weight with a 13% decline in the first quarter.  Companies like Cree Inc. (NASDAQ: CREE), Itron, Inc. (NASDAQ: ITRI), and even EnerNOC, Inc. (NASDAQ: ENOC) were all noted as seeing most of the damage being done but with no quick snapback for most.  LED and meter-demand is called “lumpy, but rising through time.”

Storage is actually looked at somewhat favorably.  A123 Systems, Inc. (NASDAQ: AONE) and Ener1, Inc. (NASDAQ: HEV) are both being called oversold and it was noted as surprising that  higher oil prices have not helped.

BofA is one of many firms which have mixed views on CleanTech ahead.  The moves in March from Japan have likely contributed to even more of the confusion on top of the recent gains in oil due to Middle East turmoil and supply disruptions.