The Ten Largest Oil Deposits in the World 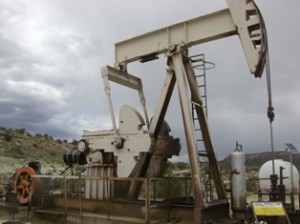 Figuring out how much oil is left in the world and where it is located seems more important than ever, especially considering the political instability in many of the oil-producing countries. 24/7 Wall St. used the most recent public information available to identify the largest oil fields in the world. Those who call for America to end its dependence on foreign oil would be relived to hear the U.S. actually has the world’s largest oil reserve, albeit in oil shale — oil that is in rock form. If prices go high enough, however, and the supply dries out, extracting that oil could become commercially viable.

Interestingly, the largest deposits ever found are not liquid oil at all. They are either an asphalt-like substance called tar or oil sands, or rocks called oil shale. The vast size of these “unconventional” resources is matched only by the vast complexity and cost involved in turning them into liquid petroleum.

Finding new giant and supergiant oil fields brimming with cheap, easy-to-extract oil is surely a historical phenomenon, and the number of new discoveries — of any size — is dwindling. In addition, the largest recent finds are under miles of water and seabed, in some unconventional form or in some inhospitable, usually arctic, climate. The effort required to tap these fields will involve mountains of capital and years of work. No doubt, we need to be prepared to deal with a new reality where oil isn’t as cheap or abundant.

These are 24/7 Wall St.’s ten largest oil deposit in the world.