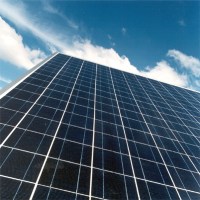 Solar stocks are on fire.  Still, they are so far down from a year ago that celebrating the move it difficult to do.  To show just how powerful this move up and down and up has been, look no further than the solar ETF via the Guggenheim Solar ETF (NYSE: TAN).  This ETS is up 10% today and the move has been now almost 60% from the lows of December 28.  Still, the $3.83 price compares to a year ago high of over $9.00 and it is down from over $11.00 at the start of 2010.

Many solar stocks are likely experiencing rapid short covering.  Sticking around for the lowest prices after serious success is a sucker’s game.  There may also be a political angle here now that President Obama’s poll numbers are looking a bit better.  The problem is that it is going to take more now than a President with a continued favorable stance to alternative energy.  The fundamentals remain weak and now investors are getting to evaluate whether there is any value of if they are value traps.  Take a look at some of the moves…

Energy Conversion Devices, Inc. (NASDAQ: ENER) is even up 12% to $1.29 and no longer at much of a delisting risk.  Its 52-week range is $0.20 to $4.29. The most recent short interest data showed that the short interest was 11.4 million shares at the lowest levels in a year since it had become a penny stock.