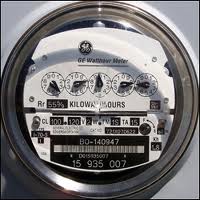 US demand for natural gas dropped this winter leading to near-record levels of storage and historically low prices. For natural gas utilities, this was not such good news. For power generators that were able to convert to natural gas, the lower prices were good news indeed.

Duke reported first quarter adjusted EPS of $0.38, topping the consensus estimate of $0.37. Revenue came in at $3.63 billion, better than the estimate of $3.6 billion. In the company’s announcement, it had this to say about the weather: “On an adjusted basis, the effects of mild weather during the quarter were largely offset by the implementation of new customer rates in the Carolinas and reduced operation and maintenance costs at the regulated utilities.” The company also said that it expects to get regulatory approval for its purchase of Progress Energy Inc. (NYSE: PGN).

Spectra reported EPS of $0.51, one penny below the consensus estimate. Revenues totaled $1.54 billion, down -4% from the same period a year ago and well below estimates of $1.62 billion. Spectra, too, blamed the weather, and low natural gas prices: “First quarter 2012 earnings in line with expectations, except for the effects of lower commodity prices and warmer-than-normal weather.” Spectra primarily operates natural gas transmission and distribution lines.

AES reported adjusted EPS of $0.37, significantly better than the consensus estimate of $0.27. Revenues totaled $4.74 billion, again well above the estimate of $4.5 billion. AES did not blame the weather or complain about low prices. The company’s Latin American operations provided the boost. The company reaffirmed guidance with a caveat that cash flow from operations and free cash flow would be at the lower end of their respective ranges. AES also lowered its expected earnings from continuing operations by $0.06 for the year.

Ameren reported adjusted EPS of $0.22 versus a consensus estimate of $0.23. Revenues totaled $1.66 billion, again a slight miss compared with the estimate of $1.7 billion. Ameren did blame the weather for lower natural gas sales and low electricity prices for reducing demand. The company did reaffirm full-year EPS guidance of $2.20-$2.50 versus the consensus estimate of $2.33.

Duke and AES, both of which derive a good portion of their revenues and profits from power generation, were able to overcome the effects of warm weather and low natural gas prices even though both companies complained about the weather. The gas companies had a tougher time, but only Alliant really got battered by warm weather effects.