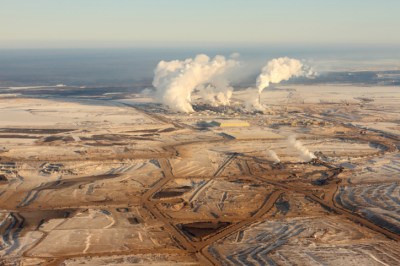 But this is likely the first — and last — such sale. Harper told a press conference:

Canadians generally, and investors specifically, should understand that these decisions (involving [state-owned enterprises]) are not the beginning of a trend, but rather the end of a trend. … To be blunt, Canadians have not spent years reducing the ownership of sectors of the economy by our own governments, only to see them bought and controlled by foreign governments instead.

Western Canada’s oil sands are the third largest oil resource in the world. Full development will require hundreds of billions of dollars, and while Canada may prefer private investment, there are only a small handful of private firms that could even lop off part of that investment: Exxon Mobil Corp. (NYSE: XOM), Chevron Corp. (NYSE: CVX), Royal Dutch Shell PLC (NYSE: RDS-A) and maybe BP PLC (NYSE: BP). Norway’s Statoil ASA (NYSE: STO) is state-controlled, as are the other major Chinese firms and Russia’s Rosneft. State control of global oil reserves grew to more than 75% in the middle of the past decade, and that share will continue to grow.

Part of the Nexen deal includes the company’s assets in the United States and will require approval by the federal Committee on Foreign Investment in the U.S. (CFIUS). The committee is chaired by Treasury Secretary Timothy Geithner and includes the Secretary of State among its members. There is bipartisan opposition to the Nexen-Cnooc deal, and U.S. approval is not guaranteed. Cnooc withdrew an $18 billion offer for Unocal in 2005, after it became clear that the feds would not clear the deal. A U.S. decision is due soon.