Look Out Below: The Case for $50 a Barrel Oil 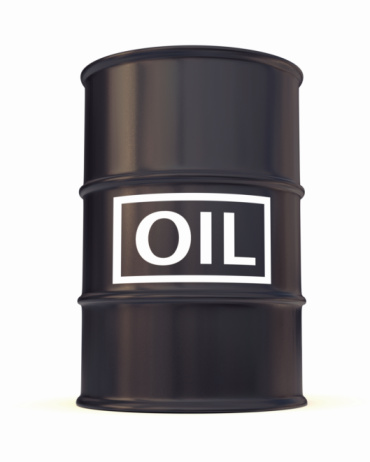 Source: Thinkstock
One of the best ways to assure that the American consumer has more money to spend is have a significant decline in the price of crude oil. After trading up to $110 back in the spring, West Texas Intermediate (WTI) closed yesterday at $88.03, a 20% decline. Pump prices for gasoline that had soared to almost $4 a gallon are now at or below $3 in some parts of the country. Some Wall St. analysts are saying that oil could plunge to $50. Is that even possible?

As with almost every commodity and the stock market, the price of crude oil trades on the headline of the day concerning the fiscal cliff. Mention of an agreement between the White House and Republicans and the price goes up. Stalemate in the talks produces a loss. Of course solving the fiscal cliff problem has nothing to do with supply and demand, but it provides daily volatility.

Analysts at Bank of America Merrill Lynch predicted just last week that oil could fall to $50 in the next two years. Citing the increase in domestic production from the vast shale deposits, they even went on to speculate the U.S. government may have to approve the exporting of WTI to help production stay at current levels.

So does $50 a barrel oil equal $1.50 per gallon gasoline? Not necessarily. That’s mainly because oil from American shale deposits — WTI crude — comprises a small portion of oil used to make gasoline, the analysts say, and prices of other types of oil, including Louisiana Light Sweet, Alaskan North Slope or Nigeria’s Bonny Light, are still high.

Analysts from Jefferies (NYSE: JEF) Bache division stress that the $90 resistance level for the February contract will be challenged, and they maintain that an oversupplied market will continue to limit gains and expand the spread to Brent. Although, the euro’s seven-month’s highs provide a tailwind for gains as oil is priced in U.S. dollars, increased supply remains the limiting factor.

If this turns out to be correct, investors of United States Oil Fund (NYSEMKT: USO), Exxon Mobil Corp. (NYSE: XOM), Chevron Corp. (NYSE: CVX) and others have a lot to lose. The United States Oil Fund has some 43.5 million units outstanding. Exxon Mobil has a market cap of a whopping $408 billion, the second largest of all U.S. companies. Chevron is no small player either, with a market cap of more than $215 million. If these were to fall almost 40% along with the possible call here, it would be devastating for investors.

The one wild card that no analyst can bake in to their model is geopolitical turmoil. Despite the fact American production has increased and the majority of our imported oil comes from Canada and non-OPEC countries, the Middle East is a tinderbox. With Egypt, Libya and Syria in turmoil, the markets keep a very close eye on situations in those countries. The ultimate flash point though is Israel. If Israel is attacked by Iran, or vice versa, all supply arguments are moot. Some experts estimate the price of oil could skyrocket by several hundred dollars a barrel. That is a far cry from $50.