How Far Will the U.S. Go to Derail Iran-Pakistan Pipeline 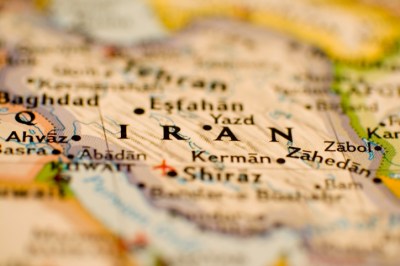 Source: Thinkstock
Next week Iran and Pakistan will begin work on a $7.5 billion gas pipeline that the US has been fighting tooth and nail to stop in all manner of proxy methods.

On 11 March, Pakistani officials braved the “international community” by announcing that “groundbreaking” work on the 780-kilometer pipeline would begin on the Pakistani side of the border, marking the start of construction by an Iranian-Pakistani consortium.

The pipeline will go ahead largely because Pakistan’s energy crisis dictates that it must. And even US sanctions won’t prevent it, and threats emanating from Washington (largely through the US mainstream media) are only working to increase already volatile anti-American sentiment in Pakistan.

The US State Department has warned of sanctions, but is keeping a low profile on direct threats until the pipeline deal is sealed. It’s still working the back rooms to stop the deal, but Iran is working even harder—namely by putting up the bulk of the funding for the Pakistani portion of the pipeline.

So far, while the US has promised to offer Pakistan a better deal than a pipeline with Iran, we haven’t seen anything concrete that can compete with this type of energy security. After all, the pipeline will bring Pakistan some 21.5 million cubic meters of gas a day.

The US had been hoping to lure Pakistani into an alternative pipeline deal – the Turkmenistan-Afghanistan-Pakistan-India (TAPI) pipeline, which would bypass Iran. The TAPI pipeline, however, is a stop-and-start project that has its own security issues to deal with: it would be either targeted by the Taliban or the Taliban would have to be figured in as benefactors, which would mean much for the conflict in Afghanistan. Even the most optimistic observers put a completion date at around 2018.

Washington remains adamant that the pipeline is a violation of sanctions on Iran over its nuclear program. But Islamabad is unmoved by the threats and President Zardari has intimated that the pipeline deal will go through despite external influence.

“Nobody has the power to halt this project,” he was quoted by The Express Tribune newspaper in Pakistan as saying.

Of course, it’s not an easy time for Zardari, whose five-year term is coming to an end, leaving open a window of opportunity for external influence in the election process to various ends. Pakistan’s parliament is due to dissolve in two weeks in preparation for elections that will tentatively be held in mid-May.

There are other ways to sabotage this pipeline as well. The pipeline runs through some extremely insecure territory in Balochistan, which is likely to become a new (old) frontline in regional pipeline wars in the immediate-medium-term future.

The US and Saudi Arabia are willing to go quite far in derailing this project. They’ve already succeeded to some extent. Originally, the pipeline was meant to include India and was dubbed the “Peace Pipeline”.

Under pressure from Washington (plus a controversially generous gift of civilian nuclear technology access), India backed out in 2009.

So with India out of the equation, all attention turned to another front to derail this pipeline—Balochistan. The US and Saudi Arabia are both fomenting separatism in Balochistan, which is a convenient venue for stirring up trouble. The Pakistani province has huge gas reserves and vast mineral resources, coupled with an ongoing, armed dispute between economically, culturally and socially marginalized Balochi nationalists who have serious grievances against Pakistan’s Punjab-dominated federal government.

Iran has a problem with Balochi separatists, the latter occasionally clashing with Iranian forces in Baloch-dominated regions across the border. The US is hoping that if the Balochis are empowered to step up the conflict, Iran could be forced to back down from its pipeline plans in light of the security situation. So far, this proxy war in Balochistan has been a major hindrance to Iran, but the end result is that it has only further inspired the pipeline plans.

By Jen Alic of Oilprice.com