Is a 50% Bounce in Petrobras Too Much Too Fast? 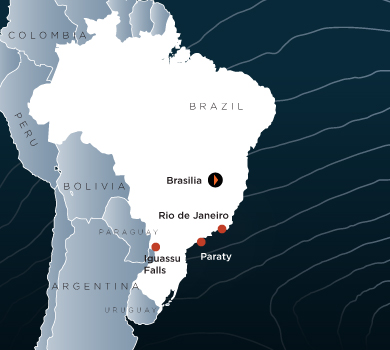 Is Petróleo Brasileiro S.A. (NYSE: PBR) back? The company everyone just refers to as Petrobras has been plagued for years, and the capital structure inside the company is about as bad as it can be for the common stockholders who have high ambitions of huge gains down the road. Emerging markets often make moves that are hard to explain, but this one is just too big to ignore — Petrobras shares have bounced 50% in less than two months.

The question to ask is simply “Is Petrobras finally back?”

It seems almost impossible to fathom this, but the low of $10.20 in New York ADS trading for the Brazilian state-run oil giant was just back on March 17. The shares were back at $12 in just 10 days, and then back up at $13 at the end of March.

Some of the hope is that Brazil’s recent socialist tendencies will be curbed ahead. The common shareholders are always last in line in the capital structure, but the Brazilian-run company even has its workforce’s financial interest and the Brazilian consumer far ahead of its shareholders in line of importance. That may sound great in social circles, but it flies against the mantra that most investors buy into — a goal of making profits for the owners at all costs within the law, and usually within the boundaries of decency.

Petrobras is even subject to regulated prices of gasoline in Brazil, which are perceived to be fixed. Sure, the company has gone for price hikes. But what happens if oil rises $20 unexpectedly over the next year and the company is forced to sell into Brazil at a fixed cost when it could be selling to the international markets for market prices?

Now consider the case of Dril-Quip Inc. (NYSE: DRQ). Its shares were down 10% after guidance had issues over a past contract with Petrobras. An SEC filing shows that Petrobras signed a $650 million deal over four years with Dril-Quip back in 2012. The problem is that only about $20 million in revenue has been recognized. This has to make you wonder what is going on at Petrobras.

Anyhow, the real question to ask is whether a 50% bounce is simply too much in less than two months. Petrobras ADSs hit a high of $15.32 shortly after the open on Friday. That makes for a 50% pop from the $10.20 low on March 17, and the market cap was very briefly back at $100 billion again, according to Yahoo! Finance.

Note that the consensus analyst price target from Thomson Reuters is still much higher — up at $18.50.

Petrobras is a shadow of its former self. Apparently investors decided that ADS prices under $11, $12 and $13 were just too cheap to pass up.