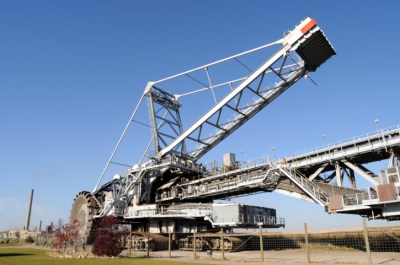 Source: Thinkstock
There is probably no more expensive-to-produce barrel of oil anywhere than the one that comes out of the oil sands of western Canada. Recent estimates of the break-even price for a barrel of oil sands-based crude ranged all the way from a low of $26 a barrel at an existing project to a high of $96 a barrel for some new projects. With crude trading at around $60 a barrel today, the major oil sands producers have had to make some tough decisions.

Analysts from Nomura Securities recently spent a week in Alberta talking to several of the largest producers in the oil sands region. The principal conclusions the Nomura analysts drew are that the recent election that installed a more liberal government in the province has added a measure of uncertainty regarding tax rates, higher environmental costs and possible changes to the royalty payment structure. Nomura looked at several companies, four of which trade on the New York Stock Exchange. All have in common, among other things, the same political uncertainty and commodity price risk.

Here are the analysts’ views on the four NYSE-traded stocks.

Suncor Energy Inc. (NYSE: SU) is one of the Nomura’s top-rated oil sands producers. The analysts reiterated a Buy rating on the stock and had a price target of CDN$48 (about US$38.90). The consensus price target from Thomson/First Call is around $44. Nomura says Suncor is a “core holding” and that the stock “should increasingly be compared by investors to the global integrated oil universe.” That means the likes of Exxon, Chevron and BP. That puts Suncor, with a market cap of around $40.6 billion, in the same ballpark as Exxon and its market cap of around $356 billion. Suncor’s 52-week trading range is $26.56 to $43.20 and it closed Tuesday at $28.17.

Citigroup analysts estimated last January that mining projects like Suncor’s Fort Hill mine expansion had breakeven West Texas Intermediate (WTI) price of $96. Those same analysts also pointed out that a project like Fort Hills has a 50-year life expectancy and oil companies do not make decisions that ripple out that far based on the spot price of crude, even if that spot price is in the $40 or $50 range. In other words, Citi pretty much agrees with Nomura on the kind of company that Suncor is.

Canadian Natural Resources Ltd. (NYSE: CNQ) is another of Nomura’s Buy-rated oil sands producers. Again the analysts say that the company “compares favorably to large cap, North American E&P peers.” Its market cap of nearly $32 billion is somewhat below Suncor’s, about $10 billion shy of Anadarko, and well below Occidental and ConocoPhillips. Nomura’s price target on the stock is CDN$56 (about US$45.40) and the analysts believe that the company’s free cash flow is on track for a significant boost in 2017. The stock’s 52-week range is $26.13 to $46.65, and it closed most recently at $29.15.

Canadian Natural Resources said in January that production at its Horizon project is cash-flow positive and that the company produces a light, sweet synthetic crude that sells for WTI prices, all for an operating cost per barrel in the mid-CDN$30s. Citi estimated that the Horizon expansion project needed a WTI price of $90 a barrel to break even, but that very likely includes more than operating costs.

Encana Corp. (NYSE: ECA) is Nomura’s third Buy-rated oil sands producer, and the analysts call it a “largely forgotten stock for US investors.” That seems a bit harsh given that the stock trades nearly 7.2 million shares on an average day. The analysts say that Encana needs to finish a transition it has already begun, during which the company should “divest assets that do not compete for capital, pay down debt, and cover the cash flow shortfall.” The company’s market cap is around $10 billion and the stock trades in a 52-week range of $10.53 to $24.74. It closed Tuesday at nearly $11.98. Nomura’s price target for the stock is CDN$16 (about US$13).

Cenovus Energy Inc. (NYSE: CVE) is a fourth oil sands company tracked by Nomura, and the analysts rating on the stock is Reduce. Cenovus has lagged both integrated and upstream producers “as valuation has compressed and the market awaits its go-forward strategic plan.” Nomura’s price target on the stock is CDN$22 (about US$17.85). The stock’s 52-week range is $15.82 to $32.64, and shares closed Tuesday at $17.14.