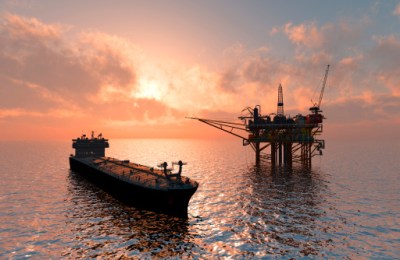 Source: Thinkstock
If there is one bit of good news for the beleaguered energy sector, which has the potential in 2016 to have an almost unprecedented fourth year of underperformance, we may have found it. A new research report from Merrill Lynch takes a long backward historical look at what sectors perform the best during after the first Federal Reserve rate hike, and energy was the winner.

The Merrill Lynch analysts examined six rate tightening cycles from 1983 through 2004. The strongest sector is ranked 1 with the weakest ranked 10. Energy did the best one to 12 months into a Fed tightening cycle and was ranked 1 or 2 during the 12 months after Fed liftoff, based on average price returns over the period.

We screened the Merrill Lynch stock research database universe for the energy stocks the firm has ranked with Buy rating. We looked for the candidates that could provide the best total return and found four outstanding companies.

The Merrill Lynch team like this stock on the steep pullback in price over the last month. Anadarko Petroleum Corp. (NYSE: APC) is one of the world’s largest independent exploration and production companies, with exploration or production work in all major domestic drilling areas, as well as in South America, Africa, Asia and New Zealand. As of year-end 2014, the company had approximately 2.86 billion barrels-equivalent of proved reserves, making it one of the top non-integrated companies.

The company reported very solid earnings numbers on stronger production and lower exploration costs. It posted revenue of $2.64 billion in the period, surpassing Wall Street forecasts of $2.57 billion. Anadarko reported a second-quarter profit of $61 million, and $0.12 per share. With liquids growing as a greater percentage of the overall business, and savings being redeployed to add more wells, the analysts feel the stock remains a compelling buy.

Anadarko investors are paid a 1.65% dividend. The Merrill Lynch price target on the stock is a very impressive $96. The Thomson/First Call consensus target is lower at $92.67. The stock closed Friday at $65.65.

This may offer investors some of the best total return possibilities, and the Merrill Lynch analysts see it as a top yield play. ConocoPhillips (NYSE: COP) is a large integrated that has spent the past five years divesting assets. Although it is cash rich, the company has somewhat dampened earnings and growth expectations all year long. With oil looking for a bottom, and the market watching events in the Middle East, many analysts may feel more comfortable with the stock. And the company’s big production ability in the Eagle Ford could bode well for the future.

The Merrill Lynch analysts feel Conoco can accelerate growth from reloaded portfolio depth in the Bakken and Eagle Ford with visibility on future growth from a newly disclosed sizable position in the Permian. The analyst applauds the company’s recent positive earnings report, cuts in unnecessary spending and the possibility of increased sales of non-core assets.