What a Net Loss Means for ConocoPhillips Dividend 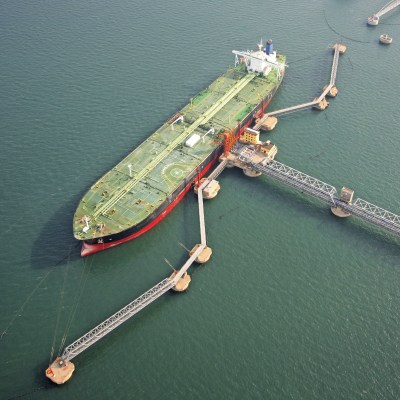 Source: Thinkstock
ConocoPhillips (NYSE: COP) reported third-quarter 2015 results before markets opened Thursday. The oil and gas production company posted an adjusted diluted net loss per share of $0.38 on revenues of $7.51 billion. In the same period a year ago, the company reported earnings per share (EPS) of $1.29 on revenues of $12.92 billion. Third-quarter results also compare to the Thomson Reuters consensus estimates for a net loss of $0.38 and $8.11 billion in revenues.

Special items for the quarter totaled $605 million, of which $246 million was due to a rig contract termination with Ensco. The other large item was an impairment charge of $154 million. On a GAAP basis, Conoco’s third-quarter net loss totaled $0.87 per share ($1.07 billion).

ALSO READ: Exxon Versus Chevron Earnings: Where Less May Be More

The company’s outlook for 2015 now calls for production to rise in a range of 3% to 4% from continuing operations, excluding Libyan production. That increase is one point higher on both ends than Conoco’s prior outlook.

For the fourth quarter, Conoco forecasts production of 1.59 million to 1.63 million barrels of oil equivalent per day.

We are accelerating actions to position our company for low and volatile prices, while improving the underlying performance of the business. We are on track to deliver seven major project startups and exceed our volume targets for the year. We are exercising flexibility in our capital program, dramatically lowering our cost structure and divesting assets that do not compete for funding in our portfolio. These steps will make us more flexible and resilient for the future. We remain committed to a compelling dividend, affordable growth and strong financial performance.

Conoco boosted its dividend in July from $0.73 per quarter to $0.74 and now boasts a dividend yield of 5.59%. The cuts in capex and operating costs that Conoco have unveiled serve to protect that dividend, at least for the next couple of quarters. With that issue behind it, the company said it plans to release its capital and operating plans in early December.