The Exxon-FuelCell Energy Project: Necessary, but Not Enough

An announcement Wednesday morning that integrated oil giant Exxon Mobil Corp. (NYSE: XOM) has signed a new two-year joint-development with FuelCell Energy Inc. (NASDAQ: FCEL) pushed the floundering fuel cell maker’s shares up by 90% to about $0.63. The agreement is worth up to $60 million, not bad for a company with a market cap of around $43.3 million at Tuesday’s closing bell.

According to the announcement, the deal “will focus efforts on optimizing the core technology, overall process integration and large-scale deployment of carbon capture solutions. ExxonMobil is exploring options to conduct a pilot test of next-generation fuel cell carbon capture solution at one of its operating sites.”

While every effort to mitigate the effects of global warming deserves to be applauded, some also need to be picked apart a bit. This is just such a one.

First of all, it’s worth asking why Exxon is supporting a technology that it plans to test at one of its own sites to capture and store carbon. The technology captures a carbon dioxide stream from “large industrial sources” and directs it to a fuel cell “which produces power while capturing and concentrating carbon dioxide for permanent storage.”

A far more effective effort to mitigate climate change would be to produce less oil. Exxon has spent nearly $22.7 billion so far in 2019 on capital and exploration expenses. The $60 million for FuelCell Energy amounts to about 0.00000026% of that.

Exxon undoubtedly has spent more than that this year on environmentally friendly projects, but the important thing to note is that the company cannot be expected to destroy itself by finding alternative fuels. In a 2017 paper titled “Ideological obstacles to effective climate policy: The greening of markets, technology, and growth,” an admittedly Marxist analysis concludes: “Attempts to reform the very techniques and institutions that brought about the climate crisis will remain ineffective and reproduce the social order that results in climate change.”

American writer Upton Sinclair said much the same thing more pithily: “It is difficult to get a man to understand something when his salary depends on his not understanding it.” Expecting Exxon or any other company or country that depends on oil for revenues to cannibalize its oil business is like spitting into the wind. In fairness, they probably shouldn’t just call it quits but, instead, think hard about how to wind down production rather than beef it up. 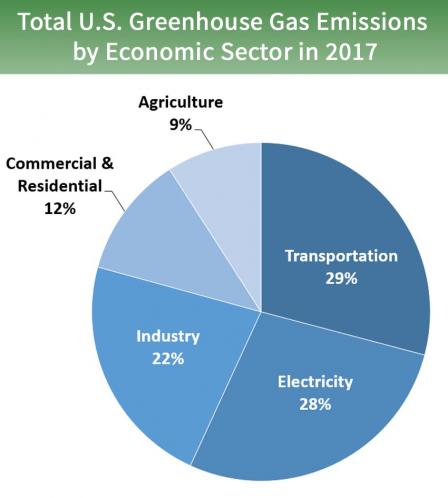 Just 0.6% of all U.S. electricity generated in 2018 was fueled by oil while 92% of U.S. transportation fuel was oil-based (primarily gasoline and diesel and jet fuel). Focusing on “large industrial sources,” as Exxon and FuelCell Energy plan to do, should help drive down U.S. carbon emissions that mostly come from burning natural gas and coal to generate electricity. At the same time, carbon capture and storage completely avoids dealing with emissions from oil products burned for transportation.

The other thing about the Exxon-FuelCell Energy agreement that is worth thinking about is where technology fits into mitigating climate change. Technological solutions (typically, now, some kind of carbon capture and storage technology) have the attraction of being relatively painless, almost magic in the sense that, as writer Arthur C. Clarke observed, “Any sufficiently advanced technology is indistinguishable from magic.” All we need to do as a species is apply our technological magic to the climate change problem and then we are free to continue to consume fossil fuel in our sport utility vehicles and airplanes because we’ve done all we can.

Without question, what Exxon and FuelCell Energy are doing is valuable. Industrial carbon emissions account for nearly a quarter of all U.S. emissions, nearly all from burning natural gas and coal. Cleaning up the exhaust stream from industrial sources is worth doing.

But attacking a single-point emitter like a petrochemical or aluminum plant with a technological solution is much simpler than making a change in the fuel source for more than 272 million cars, trucks and SUVs. At some point, Americans are going to have to do the hard stuff.