Gas Prices Drop Below $2 in 5 Cities 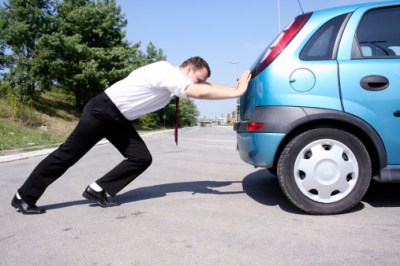 Source: Thinkstock
Gasoline has breached below $2 in a number of gas stations around the country. It has fallen below that level in five large cities, based on the price of an average gallon of gas.

The gas prices in several other cities have fallen below $2.05, and given falling prices, could be below $2 in a matter of days.

The data show that prices can be wildly different from city to city. The national average for a gallon of regular is $2.38. That is down from $2.84 a month ago. The price is over $2.90 in six cities, and more than $3 in two of them.

Three things largely drive the price of gasoline. First and foremost of these is oil prices, which have dropped from over $100 a barrel in June to well below $60 — and for a period below $55.

Another driver of prices is proximity to large refineries. All of the cities with sub-$2 gas are near the huge refineries on the Gulf of Mexico coast, especially near Houston.

Finally, state gasoline tax prices play an outsized role. The gas tax in Texas ranks 38th among American states at $0.20 per gallon. The gas tax in Oklahoma ranks 46th by the same measure at $0.17. By contrast, New York has the highest gas tax at $0.50.

Whatever upward pressure oil prices have on gas prices might be months away. MarketWatch editors report:

Iraq’s oil minister said Monday that the Organization of the Petroleum Exporting Countries remains united in its decision not to rein in production, but let the market decide the oil price, despite the uneven impact the stark slide in oil prices is having on the economies of member countries.

The number of cities with gas prices below $2 a gallon is bound to increase.