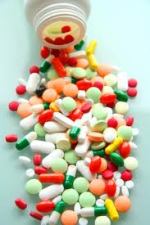 Spectrum Phamaceuticals Inc. (NASDAQ: SPPI) has agreed to acquire rival drug firm Allos Therapeutics Inc. (NASDAQ: ALTH) for $1.82 in cash and one Contingent Value Right (CVR), in a deal worth about $206 million, or $108 million net of Allos’s cash. The CVR will pay Allos shareholders an additional $0.11/share if certain conditions are met.

Allos markets a lymphoma treatment, Folotyn, that complements Spectrum’s Zevalin by treating a different form of the disease. Folotyn generated $50 million US sales last year, and the drug is currently being reviewed for approval in Europe.

Spectrum will finance the acquisition from cash on hand and its revolving credit facility. The company said it does not need to issue new shares to finance the deal, which is expected to close in the second quarter.

Spectrum also announced this morning that its experimental bladder cancer drug failed to meet late stage trial targets. The company said that it would request a meeting with the US FDA to “discuss further steps.”