The Greeks Sell Their Treasures To Finally Pay Their Debts 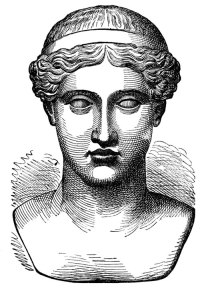 There have been rumors for several months that the Greek government might have to resort to selling the Acropolis to pay some of its staggering national debt. That was almost certainly never an option, but it turns out the national government is selling some of the islands that it owns near Mykonos and several other locations.

“I am sad – selling off your islands or areas that belong to the people of Greece should be used as the last resort,” said Makis Perdikaris, director of Greek Island Properties, according to The Guardian. Some of the real estate could bring in millions of euros.

The trouble with the Greek debt situation is  the government made  overdrafts on the national treasury for years. Citizens encouraged that behavior by deciding that paying reasonable taxes and working for reasonable wages was nonsensical.

Greece  had to turn to its allies in the eurozone and the IMF to cover the rising costs of its debt. It then passed a brutal austerity budget that will probably be rejected by the nation’s unions. That will be a cause for both civil unrest and work stoppages.Economists have two great fears about Greece beyond the fact that its debt may be so high that even a miraculous recovery of its GDP growth rate will be too modest for the country to handle its debt service. The first is that unions will disrupt the government’s ability to operate and scare away the tourists who are so important to the economy. The other is that increased taxes will become regressive and strangle whatever life is left within Greek consumers.

The sale of some of Greece’s most precious treasure–the sunlit islands off its coast–should shock the nation’s citizens enough for them to realize that the way the economy was  run for decades is over. Watching some of the most beautiful parts of the country sold off to foreigners should pierce whatever myth still exists that Greece today is what it was last year or the year before.

The sale of the ancient and famous repositories of so many important images of Greece will be the best thing that has happened to the country in memory.