The Twenty-Five Most Valuable Blogs in America - 2010 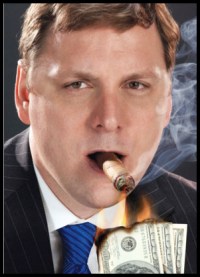 The value of many of the most significant blogs have increased in the past year as the economy continued to improve and advertisers were willing to pay more to reach audiences online.

Readership at most of the 25 blogs on the list has increased. Some of them have been around for five years or longer and their competition has either fallen by the wayside or been unable to gain significant market share.

All of the blogs on the 24/7 Wall St. list are private companies, as has been true in all four of the earlier lists. None are owned by larger media companies, corporations, consulting firms, or other businesses which do not have the blog or blog network as their primary operation. Blogs that were on previous lists that were sold include Ars Technica and PaidContent.org. Last year we ranked TechCrunch as the fifth most valuable blog with a value of $32 million. Based on recent media reports, AOL acquired the blog for $25 million to $40 million. 24/7 had estimated its revenue at $9.5 million and operating profit at $3 million. These almost exactly matches what media reports say the figures for TechCrunch will be this year. 24/7 Wall St. took most of its valuations of blogs on the list up 15% based on multiples of revenue and operating income–if the companies are profitable at all. This was based on the state of the economy, the value of some publicly documented media M&A transactions and the stock market values of media companies over the last year.

24/7 Wall St. estimated blog audience sizes by considering several audience measurement sources, not all of which measure every blog on our list. These included Quantcast, Compete, Alexa, Technorati, and comScore. These services have been criticized for low measurements of visitors and pageviews. 24/7 has, in some cases, accepted audience numbers from the blogs themselves, if they can be verified. Additional factors in blog valuations include the revenue from the advertising that sites run based on estimated CPMs and the number of ads run on each page. We also include blog audience growth rates, and operating costs, including staff, IT, overhead, and marketing and PR. Blog companies with related businesses such as conferences, like TechCrunch’s Disrupt gathering, get credit for the revenue from those as well. Blogs that are profitable get a higher valuation than those which are not.

One of the most important measurements of value is whether a blog is large enough or has a sufficient number of unique visitors to have a “moat” around it. Moats rely on editorial quality, sources, original content, established advertising bases and access to capital. Moats make it harder for other companies to create meaningful competition. Moats are not as deep if the owner or founder of a blog is essential to the blog’s success. It is not by accident that AOL locked in the services of TechCrunch founder Michael Arrington for three years and kept most, if not all, of the blog company’s staff.

Below are The Twenty-Five Most Valuable Blogs for 2010 ranking in order of most to least valuable. 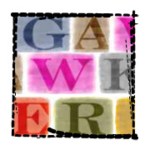 The Gawker network of sites, controlled by founder Nick Denton, includes Gawker, Deadspin, Jezebel, Jalopnik, Gizomodo, Lifehacker, and several others. Gawker claims that its combined sites have just over 20 million unique visitors. Audience research firms do not give any reason to doubt those figures, and they actually seem to be low. The sites have about 235 million pageviews a month, and CPMs average $19 per page. This means the company’s revenue is $53.6 million. Gawker pays many writers based on their production and keeps relatively inexpensive office operations. The company’s flagship site only has a dozen or so writers and editors. Operating costs are about 55% of revenue. The content of the sites and their aggressive approach to topics would probably rule out many acquirers.

The large news and information blog has more than 20 million and 24/7 estimates pageviews per month of 180 million. Attempts by the company’s new management and sales staff to raise the quality of the site have worked. Average CPMs on each page is up to $13. Huffington’s revenue for 2010 will be close to $28 million. The company, however, is very expensive to operate and has an extremely complex publishing platform. The firm has more than 150 employees and many additional editorial contributors, some of whom are paid. Huffington management said the company would make money this year, and 24/7 numbers project a very modest operating profit.