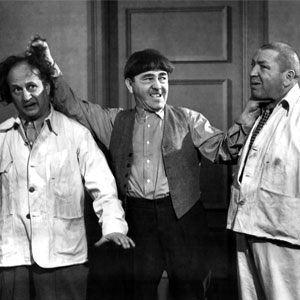 A review of the proxy sent by J Crew Group (NYSE: JCG) to its shareholders shows that CEO Mickey Drexler withheld from his board important information about the early stages of negotiations to sell the company to private equity interests.

The proxy says that the CEO has his first contact with a buyout firm at “an introductory meeting on August 23, 2010, between a representative of Leonard Green and Mr. Drexler.” On September 15, buyout firm TPG was given confidential information about J Crew.

“On September 28, 2010, there was a conference call between Messrs. Drexler and Scully and representatives of TPG, during which Messrs. Drexler and Scully provided representatives of TPG with a high-level overview of the Company’s business and a general overview of the Company’s financial performance for the remainder of its 2010”, the proxy says.

“Between October 7, 2010 and October 11, 2010, Mr. Drexler contacted each other member of the Board to inform them of TPG’s potential interest in a transaction involving the sale of the Company. During the course of these conversations, Mr. Drexler informed members of the Board that he might be interested in participating with TPG in a transaction of this nature and discussed the need to form a special committee to evaluate any potential transaction.”

Drexler, clearly an interested party, kept his board in the dark about a potential sale and his possible equity position in the venture. He failed to disclose these details for nearly two months.

Drexler violated an number of ethical rules about the relationship between a CEO and his board. He also have SEC rules regarding the use of non-public material information. The private equity firms involved in the offer clearly had data about the company’s performance that was likely to affect its stock price. Shareholders had no such information.

Drexler’s actions are a prime example of a chief executive who put his own interests ahead of those of the stockholders of the company. The  J Crew board compounded the questionable behavior when it did not reveal the series of events to both the SEC and shareholders. Drexler was able to conduct what was little better than a  privately arranged sale of a public company without the active involvement of his board.

The J Crew board and SEC has an opportunity to punish Drexler for his actions by dismissing him and conducting a board and requesting a federal investigation of the events that led up to the sale. It is an insult to public company shareholders in general to do anything else. The SEC has publicly bungled a number of investigations and persecutions over the last several years. It now has a chance to prove its value as an agency.