Geithner: US Out Of Money By End Of March 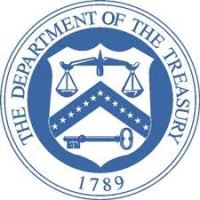 Tim Geithner wants the public, and Congress to know that the US is virtually out of money.

His letter to Harry Reid:

United States SenateWashington, DC  20510
Dear Mr. Leader:
I am writing in response to your request for an estimate by the Treasury Department of when the statutory debt limit will be reached, and for a description of the consequences of default by the United States.
Never in our history has Congress failed to increase the debt limit when necessary.  Failure to raise the limit would precipitate a default by the United States.  Default would effectively impose a significant and long-lasting tax on all Americans and all American businesses and could lead to the loss of millions of American jobs.  Even a very short-term or limited default would have catastrophic economic consequences that would last for decades.  Failure to increase the limit would be deeply irresponsible.  For these reasons, I am requesting that Congress act to increase the limit early this year, well before the threat of default becomes imminent.