China Passes The US As Largest Manufacturer 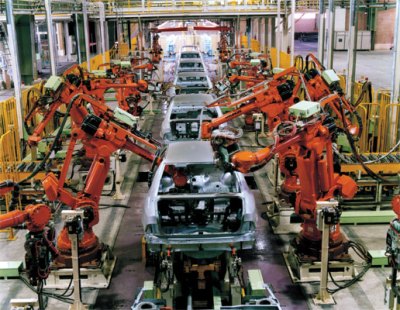 IHS Global Insight claims that China surpassed the US as the world’s largest manufacturing nation last year. China had 19.9% of the world’s market. The US had 19.4%. Several media outlets claim that America was in first place for 110 years. America is humiliated once again by Chinese success. Surely the success of China in manufacturing will help it drive ahead of the US in GDP within twenty or thirty years.

China will find that its industrial success is only partially good news. It has actually begun to face some of that recently. The People’s Republic’s position as the low-cost producer of finished goods has begun to be usurped by nations such as Vietnam, Mexico, and in some cases South Korea. None of them can match the size of China’s industrial machine. They can, however, take a lot of factory production away from China as a group. China may have 20% of the market now, but that may not last.   Remember, the fears about Japan taking over the U.S. economy during the 1980s? That never happened.

China has already begun to be stung by increased labor costs. There is a shortage of skilled workers in some of the most populous regions in the country. Firms like Foxconn have started to move production inland in the hope of tapping less expensive labor markets. Eventually, the cost of workers will rise there, too. Chinese workers, meanwhile, have fought and gotten double digit increases in compensation in some cities. These workers have more money to spend on food, housing, and middle class lifestyles. That will push China’s inflation higher. This may lead to more inflation which will drive up the cost of manufacturing further.

China will also become an occasional victim of the economic cycles of the rest of the world.  As its portion of the world’s manufacturing market grows, the Chinese  economy will become more and more affected by the slow, recessionary parts of the cycles. Highly skilled employees will now expect their wages to remain steady even if China’s income from exports slows.

China may have become the word’s manufacturing champion, but it is a mixed blessing.