The Ten Most Miserable States 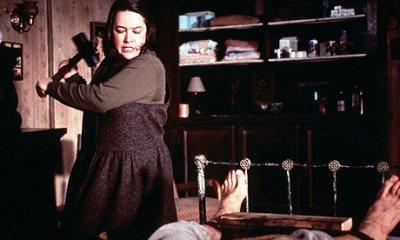 “Well-being” is an inexplicable state of mind. How well people feel is based on their own internal compasses. Researchers have enough trouble defending the methodology used in testing people’s IQs.

The difficulty of measuring happiness has not stopped Gallup from taking polls on the subject. The survey company says that the aspects of well-being are “six subcategories: life evaluation, emotional health, physical health, healthy behavior, work environment, and basic access.” Gallup supposes that people will answer the same questions about subjective measures objectively.

The survey company has taken its data and broken it down by state, metropolitan, and congressional districts.  Members of Congress in unhappy districts may fear for their jobs if they believe that voters chose their elected officials based on how they feel about themselves.

24/7 Wall St. took the Gallup information and added additional data that shows the emotional state of the states’ residents. Our analysis includes median income. West Virginia is at the bottom of the rankings. It has the second lowest median income among all 50 states.  24/7 Wall St. also added unemployment statistics to its analysis. There is a close correlation between joblessness and well-being. 24/7 used data regarding the percentage of adults who are obese, however these numbers came from Gallup. West Virginia has the highest obesity rate of any state–33.5%.

This is the 24/7 Wall St. list of The Ten Most Miserable States. Data used includes figures from Gallup, the Census Bureau, and the Bureau of Labor Statistics.  Gallup’s description of its study: “The Gallup-Healthways Well-Being Index is the first-ever daily assessment of U.S. residents’ health and well-being.” The organizations interview at least 1,000 U.S. adults every day.  The data used in this analysis comes from Gallup’s in-depth 2010 report on the states.

Read On For The Ten Most Miserable States.