Portugal And The Price Of Oil 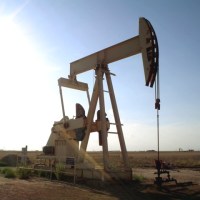 Portugal finally asked the EU for financial aid. The capital markets had driven its cost of borrowing too high to be sustainable. The country also had to admit that the figures from its last budget were wrong. Its financial situation was worse than expected.

Once the government of Prime Minister Jose Socrates began to leave power, the austerity plans for Portugal dissolved into chaos.

Goldman Sachs Group (NYSE: GS) recently issued a report that said Portugal would be the last European nation to be bailed out. Portugal’s financial problems are close to those of Greece and Ireland, Goldman reasoned. Greece’s troubles are not finished. Investors trade its debt based on the belief that it will default. Ireland fights for the right to cut the interest rates it pays the EU and has suggested that bondholders write off a portion of the money owed by large Irish banks.

Most assumptions about the future of these nations and other shaky economies in the region–particularly Spain and Italy–are that the worst of the recession is over and that austerity plans will work. All of that may be true, but plans does not take into account the rise in the cost of commodities, especially oil. Brent still trades above $120 and may stay there for months if the turmoil in the Middle East does not end. Italy and Spain are not energy independent. Neither country has any oil reserves to speak of. Neither has a robust solar or wind energy capacity. Nuclear energy has suffered a terrible setback because of the disaster in Japan.

Economists already expect oil prices to slow global GDP and slow it significantly if crude stays high for the rest of the year. The countries that will be least affected are the one which hold most of the world’s crude. The issues of oil supply and price are not likely to hurt the Saudi economy.

Italy and Spain have the dual problem of slow economies and great dependence on oil. The bailouts in Europe are not over as long as crude trades at such unexpectedly high levels.