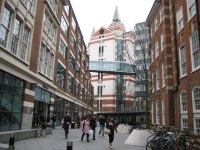 The effort to keep the sovereign paper of Portugal viable was to begin when the country asked for aid from the EU and IMF. Departing Prime Minister José Sócrates said the new bailout transaction is more favorable than other, earlier financial rescues. That is bound to agitate the Irish and Greeks, but the agitation is not the heart of the matter.

The Portugal rescue will total $116 billion over three years. Presumably, the country will have to show effective austerity measures, GDP improvement, and a contracting deficit. Greece was supposed to reach similar benchmarks. So far, its record to do so has been mixed.

The real battle for Portugal’s financial future begins now. Politicians who want to show voters that they will not allow the nation to be taken advantage of financially will savage the arrangement. They will argue that their parties could have made a better deal. Sócrates has to handle his opposition but may not be able to. It is to their advantage, at least politically, to argue that the bailout’s burdens on regular citizens are too onerous.

Nearly every expert on sovereign and bank paper issued by troubled EU nations looks at the situation in the same way. Financial circumstances force warring political forces to accept bailouts. Then, new governments in the countries fight to renegotiate terms. Greece has kept the same government since the bailout. There is no guarantee that will not change. In Ireland, the bailout was affected at the changing of the guard as one party was voted out and another in. The new party has already challenged it contract with the EU and IMF

The EU and IMF are troubled, and will continue to be, by the reality that politicians are negotiators above all else. The bodies are setting terms for Portugal which will be questioned sharply by a new parliament almost immediately. The bailout can be withdrawn by the IMF and EU if its terms are not honored. That would cause a collapse in the euro and probably end the alliance that created it.

Portugal’s bailout will set another standard for the others that might come. But, politicians only keep promises when it is to their advantages to do so.