Games Of "Deficit Chicken" Hit US And Greece 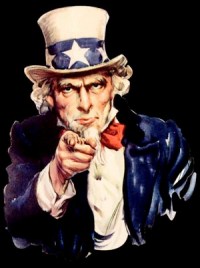 The US government and Greece each need money, though direct comparisons made between the southern European nation and America are wrong. The US can afford to run a deficit for years, and spend federal tax dollars at the current pace to avoid a showdown between the two political parties for years–or at least until the 2012 elections.  Greece has no time left. The two nations do have one thing in common. Politicians probably plan to offer only short-term solutions to long-term problems. The battle between permanent solutions and temporary ones is on for both countries.

Greece will not get the 12 billion euro bailout payment it expected this month. Eurozone financial ministers want more austerity concessions from Greece before a release of the money.

“We have to wait for the final approval of the programme on which Greece reached agreement with its European partners,” Jean-Claude Juncker, the Luxembourg prime minister said after the meeting broke up in the early hours on Monday. “As the vote by the Greek parliament has been fixed for the end of June, we cannot make an engagement without knowing if the Greek parliament … endorses the commitments made by Greece,” according to the FT. Even if Greece makes these concessions, it may receive no more than the 12 billion euros. Eurozone nations want to see longer term plans to cut Greece’s deficit.

In the US, Senate GOP leader Mitch McConnell told  “Face The Nation” that he can see a deal with The White House and Congressional Democrats that would only increase the debt cap a little–enough to allow the US to fund itself until October or November. He thinks this may give politicians time to craft long-term solutions to deficit and national debt problems.

The problem with both the eurozone and Congressional approaches to long-term solutions is that short extensions and short-term austerity agreements only encourage a series of such actions to go on. The eurozone could make payments to Greece by the quarter, or even by the month, if the country reaches agreed upon goals for each period. Congress could increase the debt cap slightly over and over from November to January of next year, then March, June, and back to August. That allows the debate over tax increases and cuts of entitlement programs to continue indefinitely while the deficit itself is barely addressed.

There are good reasons for short-term extension of financial solutions for Greece and the US. Hard solutions do not have to be put into place. Voters in Greece and the US will not have to decide whether to vote representatives out of office because of fixed and permanent stands that they take. Greece can tell its rebellious voters that austerity will come only in stages. No one is responsible to close out financial problems one way or another.

President Obama and House Speaker John Boehner can play golf once a month.