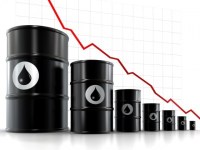 It was just a couple of days ago that oil was trading around $105 per barrel for West Texas Intermediate crude. Now the talk has migrated away from geopolitical risks associated with Iran.  European purchasing managers data this week and the expected outcome of the elections are only aiding to the notion that Europe is going to continue to lead the world down.  Oil has marched through the $100 barrier to the downside so fast that you might think the price did not even matter.  Perhaps the dismal nonfarm payrolls data was the final blow. Some of the downward move is being tied to confusion over new margin requirements set to take place, which is acting as an impact on the major market participants.  We wanted to first take a look at the exchange-traded products and then at the key stocks in each group under the oil sector.

The drop is rather large in Schlumberger Limited (NYSE: SLB) with a loss of 3.7% at $69.95 for a loss of about $3 billion in market value.  Baker Hughes Incorporated (NYSE: BHI) has suffered substantially from its highs by a drop of half from its 52-week high and shares are now down 4.4% at $40.97.

Valero Energy Corporation (NYSE: VLO) is even lower by 3.1% at $22.80 even though certain drops in the price of oil will help its operating margins.  The caveat is that refiners need lower prices and actually they need stable prices so that they can have steadier pricing.

While its move to oil is marred by corporate problems tied to its CEO and governance issues, Chesapeake Energy Corporation (NYSE: CHK) is the only stock up on the major oil and gas stocks we follow.

This drop to $98 in crude is the lowest level since roughly February 10, 2012.  This is setting up to be the worst week for crude since the end of September.