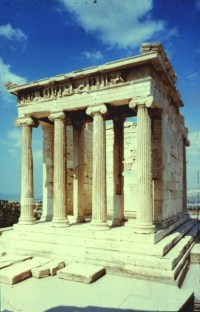 Some Eurozone officials are reported to be considering delaying tomorrow’s scheduled €5.2 billion payment to Greece that is part of the €130 billion bailout package sealed by the EU, the IMF, and Greece in March. The threatened delay stems from the political instability in Greece following last Sunday’s elections, and the backlash against the austerity measures the previous Greek government agreed to.

Some IMF officials see this as a ploy to force Greece to form a coalition government that backs the agreed bailout. There are also questions related to the legality of withholding the payment. The Wall Street Journal reports that Germany and Finland, among others, are “wary” of making the payment because some Greek politicians want to renegotiate the deal.

The WSJ also notes that €3.3 billion of the total due to Greece would be used to repay bonds maturing on May 18. The largest holders of those bonds are the European Central Bank and the central banks of other EU countries, with both German and French central banks likely to be at the top list.

If there’s any remaining question that Greece might be better off cancelling its debt and leaving the Eurozone, a late payment of its bailout money could well put the issue beyond doubt. The country has little to lose by telling the ECB and other Eurozone central banks to take a hike because the funds it receives are in large part simply being used to pay down debt to the countries that Greece thought were its friends.

Germany’s, and the ECB’s, insistence on maintaining inflation at 2% or less means that austerity for the entire Eurozone is the only acceptable course. That can only lead to deflation in the peripheral countries that will bear the brunt of the austerity measures, and which now face a seemingly never-ending string of spending cuts and unemployment. Greece is essentially already out of the Eurozone, but it’s well to remember that it was driven out and did not leave of its own choice.