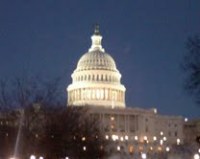 If you were watching the reactions in the market after the Supreme Court ruling on Obamacare as being constitutional as a tax, you might think that the healthcare insurance providers are suddenly an at-risk sector.  The reality is that the mandatory coverage and the unlimited coverage will bite into insurance profits.  How could it not.  The question that still has to be asked is whether this kills them or not. The long answer would take too long for one story.  The short answer is that insurers will survive this.  Again, it will be lower profits but Wall Street and Main Street will figure out how the valuations should be set.

The health insurance sector slid after the Supreme Court’s decision.  It is understandable as to why.  Again, unlimited lifetime coverage removal and mandatory coverage?  What happens when a three-employee firm with two hemophiliacs expects that $1,800 per month is a fair trade for the company and for the insurance company?  What happens when a five-person company with 3 diabetics thinks that $2,500 per month is a fair trade?  Both scenarios are not that uncommon, and those two instances could literally require hundreds of other healthy small businesses to offset those instances.  Before you call those extreme examples, these are real instances that have hit insurance companies.

So Thurday’s ruling is a reset of sorts.  It does reset the value of these insurers even though the Presidential race in 2012 has a vote that is effectively now Pro-Obamacare and Anti-Obamacare. The trading volume in shares of the health insurers is through the roof.  This is likely to continue as new investors are seeking value and those who have anticipated in the recovery of these decide to get out of the way.

Thinking that this is not a reset button would probably be foolish.  If these health insurance giants were truly going to be taken down entirely by this, you would be seeing shares off by 15%, 20%, or even worse.  That is at least how things stand as of 1:15 PM EST today.

We would not at all be surprised to see more selling, followed by more bargain buying each step along the way.  The market is trying to figure out a value for health insurance stocks now.  Most likely the valuation will settle somewhere in between the value of banks and the value of regulated utilities.