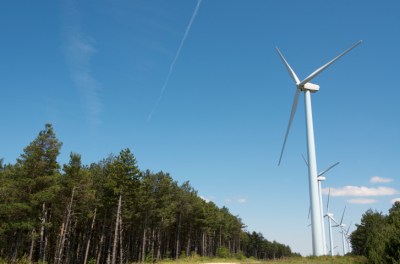 In one more sign that China not only dodged the recession but has been largely unaffected by the economy of the rest of the world, its services sector expanded again in December. According to The Wall Street Journal:

An index of service-sector activity in China rose for the third straight month in December and added to recent signs of a rebound for the world’s second-largest economy.

China’s official non-manufacturing Purchasing Managers’ Index rose to 56.1 in December from 55.6 in November, according to a statement Thursday from the China Federation of Logistics and Purchasing, which issues the data with the National Bureau of Statistics.

The December reading marks the highest level for the index since August. A reading above 50 indicates expansion in non-manufacturing activity from the previous month, while anything below that indicates contraction.

Starbucks Corp. (NASDAQ: SBUX) will open a store in Vietnam, and why not. The investment is tiny, if meant to determine whether the coffee shop chain can take a piece of the morning drink beverage in the nation of 88 million people. That population makes it one of the 15 largest countries in the world, based on that measure. An aggressive move into Asia is part of Starbucks’ plans to expand. It can follow the lead of firms like McDonald’s Corp. (NYSE: MCD) and the KFC division of Yum! Brands Inc. (NYSE: YUM). According to Bloomberg:

The cafe is scheduled to open in Ho Chi Minh City, the Seattle-based brewer said in an e-mailed statement. Hong Kong Maxim’s Group subsidiary Coffee Concept Ltd., which already has stores in Hong Kong and Macau, will operate the location and is the licensee for Vietnam, Starbucks said.

Widely followed blogger Andrew Sullivan will leave the Daily Beast, just as he left The Atlantic before that. Sullivan plans to start a “for pay site” for which his new firm will charge as much as $19.99 per year. Sullivan said he could have stayed at the Daily Beast. He must have believed the media operation would not pay him as well as a new independent business would. His move means that the future of the Daily Beast has become cloudier. It has closed the print edition of Newsweek, which will save money, but may do little else. Based on several measures, the Daily Beast audience fell significantly after the national election. Sullivan certainly will take some of his audience with him, whether that number is in the hundreds of thousands, or the low seven figures. The New York Post has reported that the Daily Beast will lose $20 million this year. With Sullivan leaving and the election over, that number could climb, and with it the likelihood the Beast will survive the fall.