S&P Tries to Fight Back Against DOJ Ratings Suit 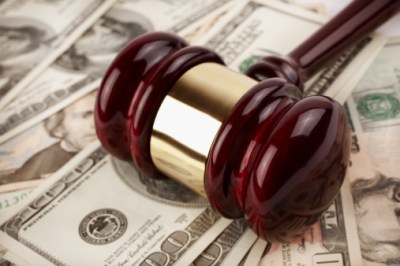 Source: Thinkstock
The McGraw-Hill Companies Inc. (NYSE: MHP) is trying to defend itself against a suit coming from the Department of Justice that goes back to the ratings agency’s involvement in helping to cause the great recession and the financial meltdown that came with it. The company’s Standard & Poor’s unit claims that the civil lawsuit threatened by the DOJ is without legal merit.

S&P also claims that it is unjustified and promises to vigorously defend against erroneous claims regarding its CDO ratings from 2007. The ratings agency claims that its analysts have provided good-faith ratings during an unprecedented U.S. housing market at the time.

This defense claims that CDOs with the S&P ratings challenged by the DOJ were also independently received by those CDOs from other rating agencies. Today’s note from the company shows that the DOJ is threatening to sue S&P for not predicting the full magnitude of the housing downturn despite the failure of virtually everyone else as well. S&P also claims that the DOJ suit would disregard key facts which are inclusive of S&P’s downgrades of residential mortgage-backed securities, its public warnings prior to the crisis, and increased collateral which was required to support the so-called “AAA” CDO ratings.

It matters that the threat of the so-called 1989 FIRREA Statute would be used against a ratings agency. S&P says that this would be unprecedented and is without legal merit. The ratings agency noted in its release that it has learned lessons from the financial crisis and also said that it has invested $400 million since 2007 to bolster its ratings.

Will conspiracy theorists ask if this is just retaliation for downgrading the United States’s key AAA rating?