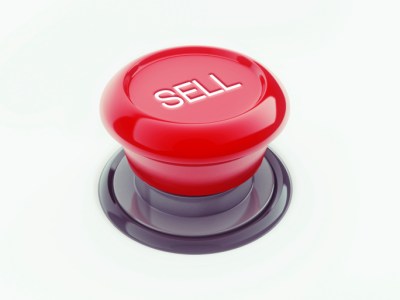 Source: Thinkstock
As we had expected, with the markets tipping up and down near record highs, the sellers have the green light to sell stock, and they were not shy about it this past week. With just over a month until the second-quarter earnings season is set to start, many people may be taking advantage of windows that are open to corporate executives and 10% holders to sell shares.

We cover insider selling every week at 24/7 Wall St., and we like to remind our readers that just because an individual or 10% institutional owner is selling stock, that is no cause for immediate alarm. Many top executives and even directors are compensated with stock and often sell just to diversify or purchase other assets.

Here are some of the companies that reported notable insider selling this past week.

VMware Inc. (NYSE: VMW) had a director of the cloud software company sell a large block last week of 271,757 shares of stock at prices that ranged from $87.20 to $87.54. The total for this massive sale was an eye-popping $23.7 million. This may be somewhat disconcerting to shareholders, as VMware has had a rough couple of quarters. Shares were trading on Friday’s close at $87.32, in line with the sale.

Applied Materials Inc. (NASDAQ: AMAT) also had a sale that may have shareholders scratching their heads. A director at the semiconductor capital equipment giant sold a huge 1 million share block. At prices that fell between $20.14 and $20.21 apiece, the transaction netted that director $20.2 million. Shares closed trading on Friday at $20.13. They have been very weak over the past 90 days and are just above lows printed last year at this time.

Liberty Global PLC (NASDAQ: LBTYA) had a very well-known insider selling stock this past week. Cable and media legend John Malone parted with some shares. The 10% owner of the company sold 381,230 shares at $54.95 apiece. The take-home from the trade was a spectacular $21 million. The stock ended the week at $57.53, so a significant amount was left on the table.

Atmel Inc. (NASDAQ: ATML) is yet another tech company that saw a big insider sell this week. The chief executive of the chip company sold a block of 1.5 million shares at $8.73. The total for the sale came to a very tidy $13.1 million. Atmel shares ended trading Friday at $8.87. Also note that we featured the company recently as a big winner in the Internet of Things arena.

Electronic Arts Inc. (NASDAQ: EA) had two executive vice presidents selling stock this week. The pair shed a total of 95,101 shares of the video game giant at prices between $62.78 and $62.85 apiece. The total for the sale came to a smooth $6 million. Famous for the famous Madden Football video game, Electronic Arts has had a stellar run over the past year, almost doubling, and selling should be expected. The stock closed trading at $62.76 on Friday.

The selling remains consistent, and some of it is heavy. That said, it is not surprising to see executives and long-time 10% holders selling stock. Shareholders in those companies that have lagged dramatically and in which insiders are selling may want to review their holdings and revisit the theses for owning the stocks.