The Top 6 Cult and Craze Stocks With Earnings This Week 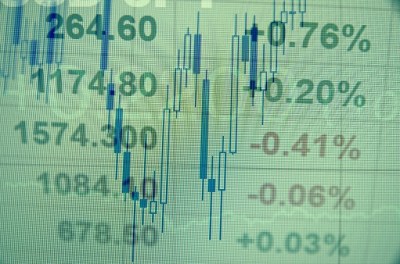 Source: Thinkstock
Cult stocks have some of the largest followings in the market, marked by unreasonably high volume and volatility. This coming week has quite a few cult stocks on the list to report earnings. 24/7 Wall St. has included some background on each of the stocks as well as the consensus analyst price target, range, and recent movement.

Be advised that the earnings and revenue estimates may change ahead of the formal reports, and some companies may change reporting dates as well.

Sprint
Sprint Corp. (NYSE: S) will share its most recent quarterly results on Tuesday. There are consensus estimates for a net loss of $0.28 per share on $8.69 billion in revenue. The analysts from RBC see the company actually adding to the net postpaid customers and have raised their estimates from 35,000 to 160,000 net new postpaid adds. They also changed the average revenue per user, or ARPU, estimates to better reflect ongoing strength in tablets and late-June migrations from Virgin/Boost to Sprint postpaid. The stock stays at a Sector Perform rating, but the price target goes from $5 to $6.

Fitbit
Fitbit Inc. (NYSE: FIT) is scheduled to reveal second-quarter results on Wednesday. The consensus estimates call for $0.08 in earnings per share (EPS) and $319.45 million in revenue. Analysts have been applauding Fitbit since its IPO on June 18. The most bullish call to date is from Stifel which has a Buy rating with a $57 price target, followed by both Baird and Piper Jaffray with price targets at $52. Separately, RBC sees revenue growing more than 80% in 2015 and almost 30% in 2016. These rates of growth are expected to help Fitbit grow into a very premium market valuation.

Keurig Green Mountain
Keurig Green Mountain, Inc. (NASDAQ: GMCR) is set to report its fiscal third-quarter results on Wednesday. The analysts’ consensus estimates call for EPS of $0.79 and $1.04 billion in revenue. In June, Reuters cited a USDA report that indicated that forecast coffee consumption in the United States will fall to “23.7 million 60-kg bags in the upcoming 2015/16 season,” which represents a 1.25% decline from the “year that ends in September.” Reuters also indicated the popularity of single serve pods such as Keurig Green Mountain’s. The company hopes that this can ramp up sales after having a difficult 2015 fiscal year thus far.

3D Systems
3D Systems Corp. (NYSE: DDD) is set to report its second-quarter results on Thursday. The analysts’ consensus estimates call for EPS of $0.09 and $173.72 million in revenue. In the past quarter, the company had negative currency headwinds that should have abated in this quarter but instead combined with certain metal and nylon applications and performance issues which reduced sales of the company’s design and manufacturing printers and materials. Ultimately this was not a good quarter, and analysts were not very positive in the resulting calls. The current quarter provides the option for 3D systems to turn itself around, but if it can’t manage that it is just building more momentum on the long way down.

Zynga
Zynga, Inc. (NASDAQ: ZNGA) is set to share its latest quarterly earnings on Thursday. The consensus estimates call for a net loss of $0.02 per share and $157.38 million in revenue. This will be the first quarter with new CEO Mark Pincus after Don Mattrick left the position in April. Pincus was the founder of Zynga and also serves as chairman. As far as the next chapter that Pincus will lead the company into, that is to continue as a mobile first company that will renew its focus on connecting the world through games with a vision of making play and social games a mass market activity. This quarter will definitely set the direction of this mobile gaming giant.

Groupon
Groupon, Inc. (NASDAQ: GRPN) is scheduled to report its second-quarter results on Friday. The consensus analyst estimates call for $0.03 in EPS and revenue of $740.25 million. The company may still have many issues, but some substantial upside could remain. The daily deals and discounting site was started with a Buy rating and price target of $11.00 at Brean Capital. This was versus a $4.81 prior close and a consensus price target of $7.99. The consensus implies over a 66% upside in Groupon.