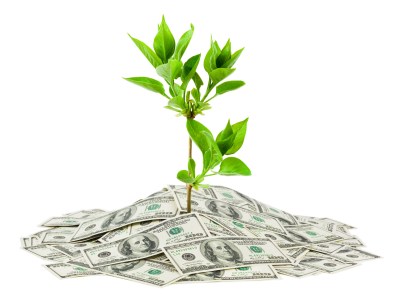 Source: Thinkstock
Investors’ search for higher returns is at least partially responsible for the boom in venture capital funding in the first nine months of 2015. In the 12 months ending on September 30, the S&P 500 index was up less than 3% and the Dow was up less than 2%. The Nasdaq Composite was more than 8% higher. Venture funding totaled $98.4 billion in the first three quarters of 2015, nearly $10 billion more than venture investment in all of 2014.

Not only is the total larger, the deals are bigger. In the third quarter of 2015 there were 60 funding rounds globally, and 10 of those came in at more than $500 million each. According to CB Insights and KPMG, investors continue seeking bigger deals. The report notes:

[Targeting larger and larger deals], along with the continued availability of late stage deals, may be spurring the continued rise of unicorns – VC-based companies with valuations in excess of $1 billion. In Q3, there were 23 new unicorns globally – Including 17 in the US, 3 in Asia and 3 in Europe.

Interest in late-stage investing may be having a negative impact on seed rounds and angel investing, both of which were down in the third quarter for the fifth consecutive quarterly period.

And while North America seed/angel investing is slowing, Series A-round financing rose to take one of every four deals. The median value of early-stage deals rose sequentially from $2.5 million to $3.0 million. The median size of late-stage deals increased from $30 million to $33 million.

Nearly half of all North American venture capital deals (47%) were made with Internet companies. The next largest sector was mobile and telecom (16%) followed by health care (14%).

The report noted that the most active venture capital investor in the third quarter was New Enterprise Associates, followed by Accel Partners and Intel Capital, the venture investing arm of Intel Corp. (NASDAQ: INTC). Two other corporate venture groups were among the 15 most active in the quarter: Google Ventures, now part of Alphabet Inc. (NASDAQ: GOOGL) and Salesforce Ventures, the venture arm of Salesforce.com Inc. (NYSE: CRM).

The full report is available from CB Insights.