5 Analyst Upgrades That Were Too Big To Ignore 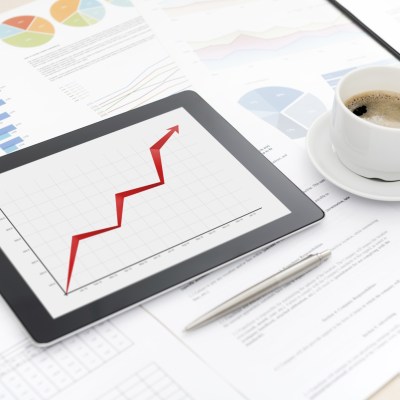 Source: Thinkstock
Monday was one of those days with mixed stock market index trading. With the Dow and S&P within about 4% of all-time highs, investors keep proving that they will be opportunistic to buy weakness and value when they can. 24/7 Wall St. reviews dozens of analyst research reports each day of the week. Some of those analyst calls cover stocks to buy and stocks with big upside calls attached to them.

It turns out that despite highlighting two-dozen research reports or so each morning, some analyst calls get missed early in the morning. And some of those missed analyst calls end up having been too important to ignore. Monday’s top analyst upgrades and downgrades included AK Steel, Apple, CONSOL, IAMGOLD, Juniper Networks, Tyson Foods and many more, but here are 5 more analyst upgrades which were simply too big to ignore.

Costco Wholesale Corporation (NASDAQ: COST) was raised to Buy at UBS, versus a prior Neutral rating. The price target was also raised to $180 from $153 in the call, and that is about $22 higher than the consensus analyst price target — and $5 higher than the prior street-high target. It appears that Costco is getting better card fees and saving more money without the AmEx card deal in place, at least even more than expected.

HomeAway, Inc. (NASDAQ: AWAY) was raised to Outperform from Market Perform, and the price target was lifted to $40 from $34 in the call. The firm does not generally believe that Airbnb is going to be as strong of a negative as some fear, plus HomeAway’s valuation of $3 billion is a mere fraction of the $20 billion that Airbnb is said to be valued at.

HomeAway shares were last seen up 4.3% at $31.57 after the call, still leaving an implied upside of more than 25%. Just keep in mind that the consensus target price is closer to $34.00.

Pandora Media, Inc. (NYSE: P) may have lost one-third of its value, but Macquarie decided the pullback was a good opportunity here. The firm raised its rating to outperform along with a $19.00 price target. One benefit here is that the Apple streaming service is not expected to hurt too much and that recent cost pressures may abate as higher royalty costs are already priced in.

PayPal Holdings, Inc. (NASDAQ: PYPL) is set to release earnings this week, so why did Goldman Sachs add it to the Conviction Buy List? It may have already had a Buy rating, but this call is likely to create some extra interest in earnings because the firm feels that PayPal will be conservative when it offers up guidance.

Whirlpool Corp. (NYSE: WHR) is not a company that usually rallies 3% on an upgrade, but Raymond James raised its rating to Strong Buy from Market Perform on Monday. The price target of $185 implied more than 26% upside from prior close, plus there is a 2.5% yield here. One benefit — its emerging market exposure is declining, and it was called inexpensive.