Murdoch's Next Target May Be Viacom 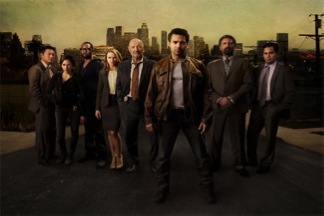 Source: Fox
Rupert Murdoch, who controls the voting shares of Twenty-First Century Fox Inc. (NASDAQ: FOX), needs to only make one call to land another huge multimedia company. Sumner Redstone, founder and executive chairman of the board of directors of Viacom (NASDAQ: VIAB), owns 79% of the Class A common shares. Headed toward his 91st birthday, Redstone may be a seller.

Redstone has just one way to turn his shares into cash. Another company has to buy Viacom, and make a large portion of the payout in dollars. Otherwise, he and his family will continue to own stock that they cannot sell in any large magnitude in the open market without panicking other investors or flooding the market with shares that would undercut current prices.

Viacom has a portfolio of businesses that would dovetail nicely with Murdoch’s company, although they might not be as attractive as those of Time Warner Inc. (NYSE: TWX), which turned down Murdoch’s offer of a purchase. However, Viacom is more affordable. Time Warner’s market capitalization is $66 billion, and if it could be bought, it would be at a high premium from that. Viacom’s market cap is $35 billion.

Viacom’s portfolio includes a media networks operation and a film operation. Viacom his it own ancient studio — Paramount. And it has its own cable television networks with powerful brands which include MTV, Spike, VH-1, and CMT.

Viacom is smaller than Time Warner, and has struggled a bit this year financially. Revenue for the last reported quarter was $3.4 billion, down 7% from the same period the year before. Net income fell 6% to $611 million. Viacom’s studios did not repost strong figures, but the sector is cyclical, and can rely on the success or failure of one blockbuster film. The earnings news was not enough trouble to knock the company’s shares down from near a five year high. Wall St. may sense Viacom is Murdoch’s next target.

Murdoch has a chance to make Twenty-First Century Fox much larger. In the process, he will not get HBO or Warner Bros. However, via Viacom, he could get assets worth nearly as much.