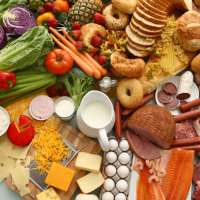 Food processing giant ConAgra Foods, Inc. (NYSE: CAG) reported first quarter 2012 earnings before the markets opened this morning. Even after lowering expectations for EPS from $0.36 to $0.31, analysts (and shareholders) had to be disappointed by ConAgra’s adjusted EPS of just $0.29. Revenues totaled $3.1 billion for the quarter, slightly better than the consensus estimate of $2.95 billion. Last night, before earnings were released, the company also withdrew its $5.2 billion hostile offer for Ralcorp Holdings Inc. (NYSE: RAH).

ConAgra’s offer for Ralcorp, maker of Post cereals, came in at about $94/share in cash, a level Ralcorp stock had not reached in its entire history. Ralcorp, though has a plan to spin-off the Post cereal business as a separate company, and has been bulking up the other part of its business by making acquisitions of its own.

The packaged food business has not exactly been on fire lately. Kraft Foods Inc. (NYSE: KFT) shares are up about 10% since the January, while General Mills Inc. (NYSE: GIS), H.J. Heinz Co. (NYSE: HNZ) and ConAgra are up about half that. Sara Lee Corp. (NYSE: SLE) shares are down slightly since January, as the company pieces itself off. Ralcorp purchased one of Sara Lee’s products earlier this year for $545 million.

Packaged food processors face rising energy costs and wary consumers for their branded products. Many customers are now satisfied to buy private-label products, and not pay the premium for Peter Pan peanut butter. Profits get hit by rising costs which force producers to raise prices which then have to be passed on to consumers. The attraction of Ralcorp for ConAgra was its substantial private-label business, which is more profitable than the branded business, particularly as consumers are looking for ways to save money.

Once Ralcorp spins-off its Post cereal brands, ConAgra or another buyer is likely to return for another go at acquiring Ralcorp. At least that’s what the company’s board is banking on. If a bidding war doesn’t materialize, shareholders could get a bit fiesty over the rejection of ConAgra’s bid.