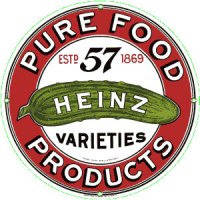 H.J. Heinz Co. (NYSE: HNZ) reported adjusted first quarter 2013 earnings per share (EPS) of $0.87 on $2.79 billion in sales before markets opened today. In the same period a year ago, the food producer reported EPS of $0.78 on revenue of $2.85 billion. First-quarter results compare to the Thomson Reuters consensus estimates for EPS of $0.80 and $2.84 billion in revenue.

Heinz affirmed previous fiscal year 2013 guidance for 4% organic growth in sales, adjusted EPS up 5% to 8% on a constant currency basis, and free cash flow of more than $1 billion.

The company’s chairman and CEO said:

Heinz delivered strong results and our 29th consecutive quarter of organic sales growth, despite the difficult economic environment, higher commodity costs and headwinds from foreign currency. Heinz is off to a good start in Fiscal 2013 … .

As we have seen so often in this round of earnings, Heinz revenue was the victim of currency translation effects. The company figures the $2.79 billion was chopped by 5.6% due to the strong dollar. Sales grew 4.8% organically and by a whopping 19.3% in emerging markets, which accounted for a record 26% of total company sales.