Why You Should Expect Higher Coffee Prices Ahead 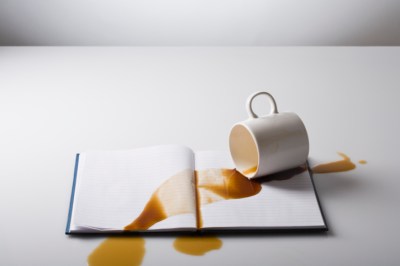 Source: Thinkstock
The futures price of coffee has basically doubled since early November, leaving one to ask how long can, say, Starbucks Corp. (NASDAQ: SBUX) go on until it has to boost retail prices. Or Keurig Green Mountain Inc. (NASDAQ: GMCR), maker of the Keurig line of coffee brewers, or J.M. Smucker Co. (NYSE: SJM), owner of Folger’s, Millstone and Medaglia D’Oro.

The short answer so far seems to be that prices can stay at current levels indefinitely, especially if coffee’s tumble below $2 a pound on Tuesday continues. But that may not be giving investors much confidence. Starbucks, Keurig Green Mountain and Smucker shares have fallen in recent months. And there are fears prices for coffee beans could move higher.

Big coffee companies are able to hedge their coffee purchases, either by negotiating prices years in advance or in the futures markets. Starbucks CEO Howard Schultz recently told Fox News’ Maria Bartiromo that the coffee giant has the prices for its coffee purchases locked in place for at least 12 months.

Plus, there are large stockpiles of green, unroasted coffee beans that can be quickly brought to market and moderate prices. Another reason: Coffee shops and roasters know that raising prices can anger consumers, who do not have to buy that latté at Starbucks or a bag of coffee at their local supermarket. They can buy at Costco Wholesale Corp. (NASDAQ: COST) or another discounter.

The situation may not be so easy for smaller, boutique roasters. When the futures price for coffee hit an all-time high of $3.089 a pound in May 2011, many were hit hard. So was Starbucks. It raised prices at least twice.

The catalyst pushing prices higher since November has been widespread drought in Brazil, the world’s largest coffee producer. The drought may hurt 2015 production as well as 2014’s. Most coffee companies buy their beans under long-term contracts that specify terms and price. They also buy a large portion of their supplies under contracts based on futures prices.

There is another wild card in rising coffee prices at Starbucks and other chains, and it isn’t even coffee. Drought and supply issues have driven up the price of many foods, including milk. Starbucks raised the price of coffee years ago to account for rising milk prices, somewhat of an irritant to coffee fans who do not use milk products. Even in March, there were warnings that milk could rise $1 per gallon.

Another wild card in higher coffee prices is the minimum wage. If wages rise as much as some politicians and labor groups have been pressing for, then it seems almost a certainty that the price for a cup coffee at the register would have to go up for coffee stores to maintain their margins.