Apollo Group’s Results Look Better Than They Are 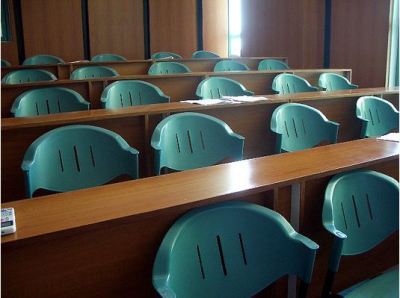 Source: Flickr, James Sarmiento
Apollo Group Inc. (NASDAQ: APOL) reported fiscal second quarter 2013 adjusted diluted earnings per share (EPS) of $0.34 on revenue of $834.4 million. In the same period a year ago, the for-profit education firm reported adjusted diluted EPS of $0.57 on revenue of $962.7 million. This morning’s results also compare to the Thomson Reuters consensus estimates for EPS of $0.18 and $822.8 million in revenue.

On a GAAP basis, EPS totaled $0.12, which excludes a restructuring charge of $44.1 million and a credit of $6.4 million related to favorable resolution of legal matters. GAAP EPS in the same quarter a year ago was $0.49.

Apollo reported degreed enrollment down 15.5% year-over-year for the second quarter, and a decline of 20.1% in new degree-student enrollment. Both figures are worse than the first quarter losses.

At the end of the first quarter, the company forecast full year revenue of $3.65 billion to $3.75 billion and annual operating income of $500 million to $550 million. Apollo Group stuck with those forecasts today.

Higher education is rapidly evolving as workforce demands and technological innovations drive change in our global economy. We are further positioning our organization and brand with our continued commitment to help students acquire real workplace skills, achieve their academic goals, and — through the power of education — realize their career aspirations.

The company also noted a new $250 million share buyback program authorized by its board last Friday. There is no expiration date on the authorization.

This Is the Oldest Restaurant in America

This National Park Has Grown the Most in Popularity Since 1980