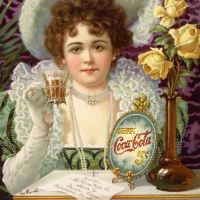 Many of the largest industries in the country are only partially represented among the top 100. While McDonald’s (NYSE: MCD) and Yum! Brands (NYSE: YUM) are among the top 100 advertisers, Burger King (NYSE: BKW) and Wendy’s (NYSE: WEN) are not.

On the other hand, in several industries, every major company is among the largest advertising spenders. All four of the major wireless carriers in the U.S. are among the top 100 advertisers and three are in the top 25. With the exception of Roche, every major global pharmaceutical company is on the list.

Some industries spend much more than others. Industries like retail, food and banking are generally customer facing and consumer oriented. For these industries, advertising is essential to market to consumers.

Some of the biggest industries are not represented on this list at all. Oil and energy companies, which rely far less on traditional advertising, are not on the list. Exxon Mobil Corporation (NYSE: XOM), the biggest company in the world in terms of revenue, is not in the top 100. Other massive companies that are missing because their industries are not customer-facing include construction and mining equipment maker Caterpillar (NYSE: CAT) and aerospace and defense company Lockheed Martin (NYSE: LMT).

Generally, spending on television and Internet increased from 2010. For all 100 advertisers, television spending increased 1.6% in 2011 to $36.2 billion, which is 35.3% of all measured paid advertising. Meanwhile, Internet spending, which is the third largest media expense at 4.5%, was up nearly 16.8% to $4.6 billion. Meanwhile, advertisers continue to moving away from traditional media. Spending in magazines was down 4.8% to $8.9 billion, while spending on newspapers advertising was down 17.3% to $4.1 billion. Combined, print now only represents 13% of total spending.

These are America’s biggest advertisers.