The Nine Most Common Airplane Accidents 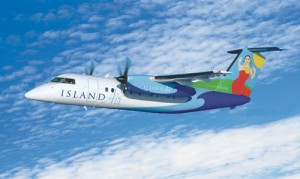 Source: IslandAir
The Federal Aviation Administration (FAA) announced last week it would be closing nearly 150 air traffic control towers around the country due to budget cuts required by the sequester. While the cuts already have resulted in thousands of delays, some, including senators and the National Air Traffic Controllers Association, are more concerned about their impact on the safety of people flying in the country. Others suggest the cuts will cause delays, but the safety of flyers is not at risk.

According to Perry Flint, Assistant Director, Corporate Communications for the International Air Transportation Administration (IATA), the rate of serious airplane accidents has dropped in the past several years and was actually at an all-time low last year. There have been 135 accidents among major U.S. carriers, resulting in injury or plane damage since 2010. None of these were fatal crashes. Based on an independent review of the statistics, provided by flight data and news site, The Aviation Herald, 24/7 Wall St. identified the nine most common airplane accidents.

Click here to see the nine most common airplane accidents

Many of the factors often cited as the cause of accidents are beyond the control of the pilots, airlines and aircraft manufacturers. Since 2010, random, unpredictable bird strikes caused seven accidents, while three were caused by individuals on the ground shining lasers at pilots flying thousands of miles in the air — an act that can constitute a crime. Also, more than half of all accidents were caused by turbulence — a fact-of-life for both flight crews and regular fliers.

Some mechanical problems rarely lead to accidents, in part because pilots are prepared to handle these problems. According to Bob Herbst, a former pilot and current editor of AirlineFinancials.com, pilots train throughout their careers to handle engine failure and related incidents because they are fairly common. Despite their training, these incidents can be dangerous. If an engine is on fire, Herbst says, the pilot must “get [the plane] on the ground as soon as possible.”

Few accidents can be considered to be exclusively caused by pilot error. Among the few that are, Herbst listed tail strikes, which occur when the tail of the airplane hits the runway during takeoff or landing. However, there have been just three tail strikes since 2010. Still, Herbst added that “every single day in the country, there are two pilots in the front of an airplane that saved a planeload of peoples’ lives because they did something their training and experiences helped them accomplish to get that aircraft on the ground.”

To determine the most common airplane accidents, 24/7 Wall St. reviewed information on the crashes and accidents reported by The Aviation Herald. All nine accidents had to occur at least three times since the start of 2010. The publication defines an accident as any incident causing serious injuries, deaths or significant damage to a plane. Incidents that did not cause serious injury or damage were not considered. A crash is defined as any accident that has the potential to kill everyone on the plane — there have been no such-defined crashes on major U.S. airlines since 2010. All figures here are limited to accidents since January 1, 2010, for major U.S. airlines, which are those listed by the Bureau of Transportation Statistics’ On-Time Performance tables. Figures here include international flights on those airlines.

These are the nine most common airplane accidents.