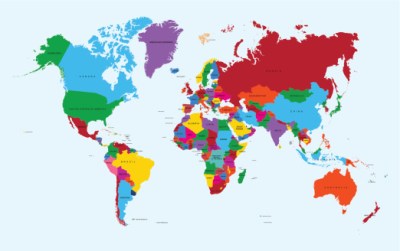 Source: Thinkstock
World news does not always fully capture people’s level of happiness. Last year, Gallup found a majority of people in the world experienced positive emotions. Of course, in some countries and regions people were much more positive than others.

According to Jon Clifton, managing director of the World Gallup Poll, a person’s financial situation is one of five factors affecting well-being and far from a conclusive happiness indicator. Nine of the most content countries had estimated GDPs of less than $15,000 per capita last year. In Lithuania — the third most miserable country — GDP per capita was $22,566. On the other hand, Nicaragua — the third most content country — had a GDP per capita of just $4,548.

The state of a country’s economy, however, can play a major role in determining the quality of its residents’ experiences. Four of the most miserable countries had estimated inflation rates of at least 5% last year. In Belarus, it was as high as 17.5%. Inflation was comparatively low in the most content countries, with eight of the 10 most content countries had inflation rates of 5% or less.

With the exception of Denmark, most countries with the highest percentages of people experiencing positive emotions were in Latin America.

Clifton explained that the dominant presence of Latin American countries on this list has a cultural explanation. Residents of Latin America tend to have “strong communities and spend a great deal of time with their families.” There is a similar phenomenon in the U.S. where “one of the biggest drivers of [well-being] is time spent with family members.”

For the most miserable countries, cultural drivers played somewhat less of a role. Although a number of the least content countries were part of the former Soviet Union, the poor experiences in these countries may be due primarily to economic conditions brought on by the Soviet Union’s collapse.

In some cases, it is quite obvious why people report low positive emotions. For example, Syria, which had the lowest well-being score ever recorded by Gallup, is in the midst of an on-going, bloody civil war.

To identify the countries with the most and least positive experiences, 24/7 Wall St. reviewed Gallup’s recent Positive Experience Index, which measured the experience of well-being the day before the survey in 138 countries. Survey respondents were asked whether they experienced lots of enjoyment, laughed or smiled a lot, felt well-rested, and were treated with respect. We also reviewed economic data from the International Monetary Fund (IMF). Life expectancy figures came from the World Bank.

These are the countries reporting the highest (and lowest) positive emotions.