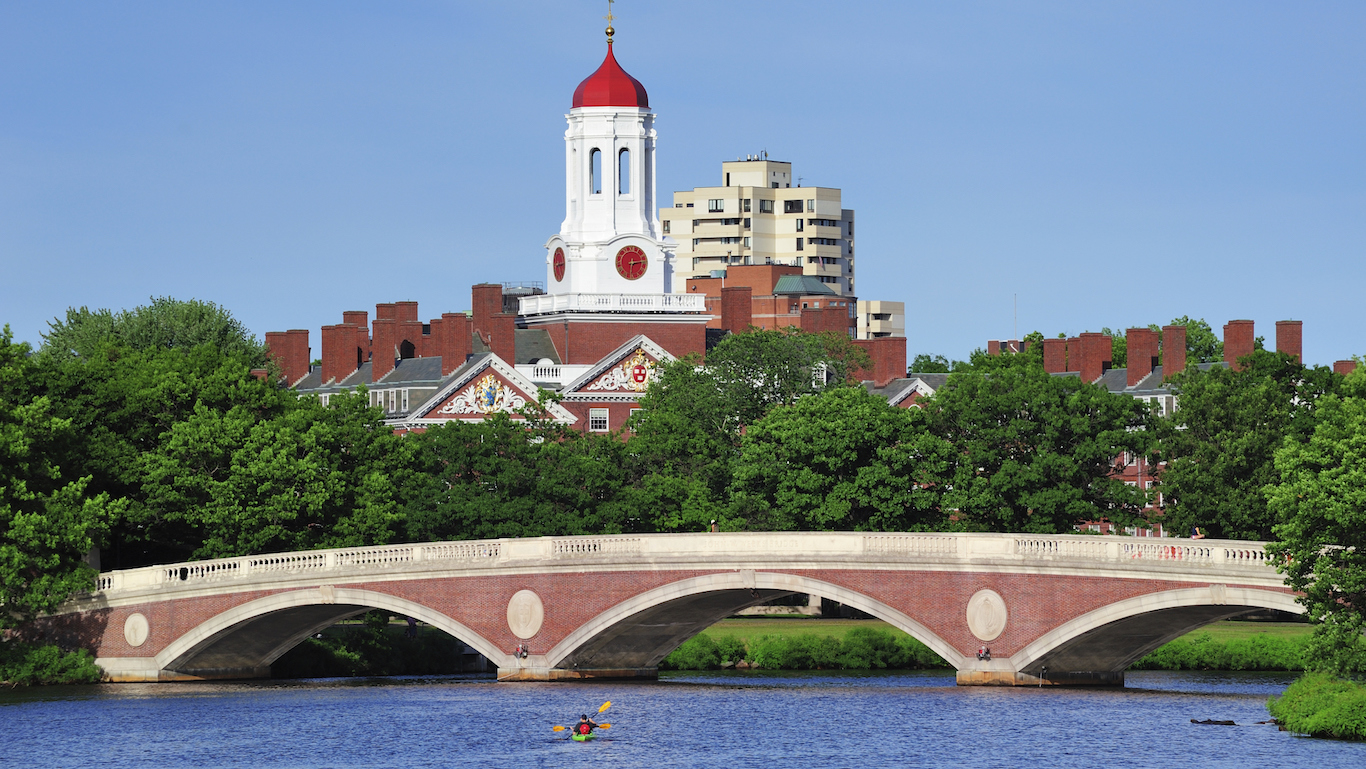 Through a ballot initiative, voters will have an opportunity to legalize recreational marijuana use in Massachusetts this November. The initiative, known as Question 4, would tax and regulate marijuana sales and use in the Bay State. Proponents of legalization in the state argue that an end to prohibition will unclog the state’s justice system, bring in at least $100 million in tax revenue, and put a dent in the state’s opioid addiction epidemic.

Voters in Massachusetts are far less likely than most Americans to perceive marijuana use as inherently risky. Only 19.7% of adults in the state associate great risk with monthly pot use, a considerably smaller share than the 27.8% of Americans 18 and older.

In 1967, poet and activist John Sinclair was arrested and sentenced to 10 years in a Michigan prison for giving two marijuana joints to an undercover police officer. The sentencing led to protest and controversy, and in 1972 Ann Arbor became the first city in the state to decriminalize marijuana. While the state has yet to decriminalize the drug, 16 cities in Michigan have voted to reduce penalties under state law for possession. Currently, the maximum penalty across the state for possession of marijuana is one year in jail and up to a $2,000 fine.

In September of last year, Rep. Jeff Irwin introduced a bill that would legalize recreational marijuana use in Michigan. As of the writing of this article, the bill has yet to pass either the House or the Senate.