While Orange is one of the safest cities in the country, crime there is on the rise. Even as the population fell, there was a 21.1% increase in the number of violent crimes between in 2015, one of the sharpest spikes in crime nationwide. In 2014, California passed a law that reduced prison sentences for certain drug offenders. The Orange County Sheriff’s Department attributed the crime increase to the law, claiming it would lead to potential repeat offenders returning from prison sooner. The number of burglaries in Orange surged by 43.4%, the fourth most of any city. 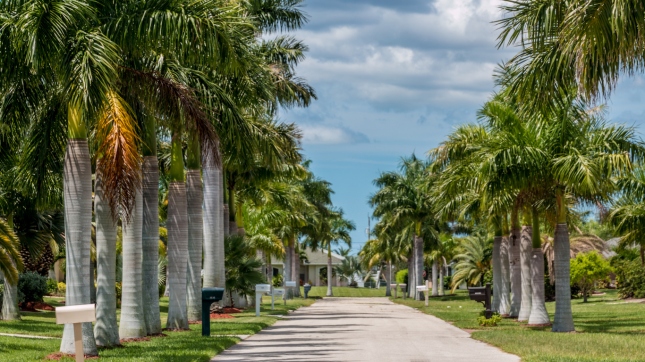 With just 117 violent crimes reported per 100,000 residents in 2015, Cape Coral is the safest city in Florida and one of the safest in the country. Crime is also steadily declining in the area. Even as the Cape Coral population increased by more than 5,000 residents in 2015, the number of reported violent crimes fell by 16.1% — one of the best improvements in the country. The number of property crimes also fell significantly last year. 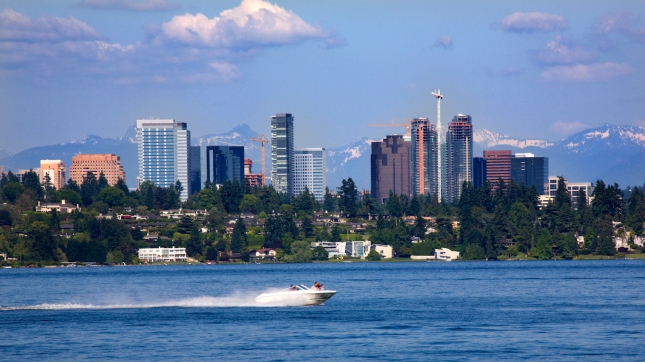 Just 110 violent crimes were reported per 100,000 Bellevue residents in 2015, the lowest rate in Washington and one of the lowest nationwide. While Bellevue has a fairly low violent crime rate, it has a relatively high property crime rate. The area’s property crime rate of 3,126 incidents — of burglary, larceny, motor vehicle theft, and arson — per 100,000 residents is higher than the national rate by about 600 incidents.

There were just 109 violent crimes reported per 100,000 residents in Woodbridge in 2015, among the lowest per capita of any U.S. city. Crime tends to be less prevalent in more affluent areas, and Woodbridge is no exception. The typical household in the city earns $86,506 annually, far more than the $53,482 the typical household earns nationwide. Similarly, just 6.1% of Woodbridge residents live in poverty, the sixth smallest share of any city. 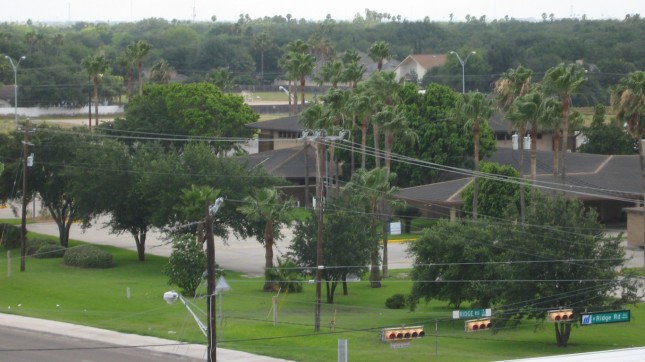 One of the poorest cities in the country, McAllen’s poverty rate of 26.4% is far more than the national poverty rate of 15.6%. While crime tends to be more prevalent in less wealthy areas, McAllen is one of the safest cities in the country. Just 108 violent crimes were reported per 100,000 residents in 2015, less than in all but 10 cities. One reason for the low crime rate may be McAllen’s location along the U.S.-Mexico border. Many government agencies — including Border Patrol and U.S. Immigration and Customs Enforcement among others — help police enforce the law in border towns such as McAllen. Perhaps due to the additional enforcement, border towns are often safer than most large U.S. cities.