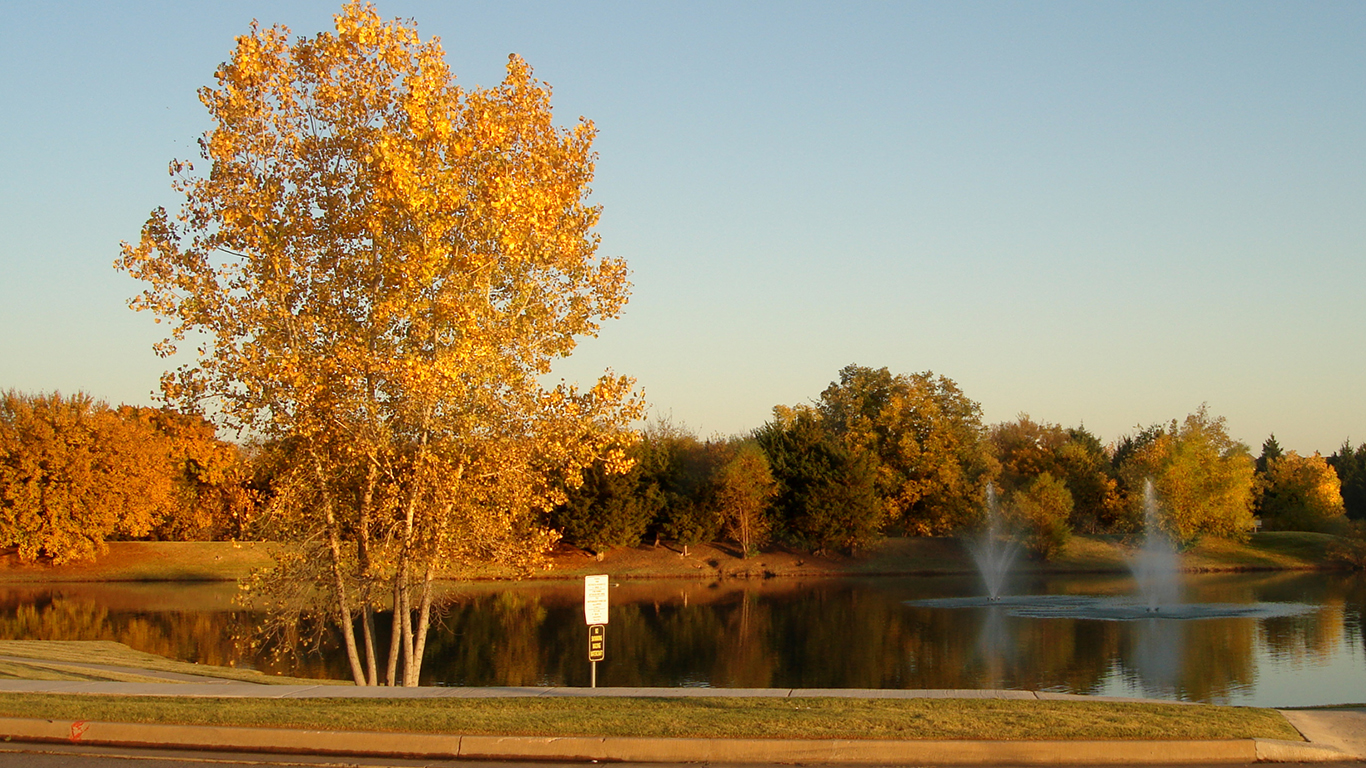 Oklahoma is one of the lowest-income states in the country — the typical household brings in less than $50,000 annually. However, in Edmond, which is part of the greater Oklahoma City region, the typical household earns an income of over $95,000 each year. The incomes of these households likely goes further than in other affluent parts of the country. Goods and services in the region cost only about 83 cents on the dollar compared to national average prices. Health and housing costs are particularly inexpensive in the region. 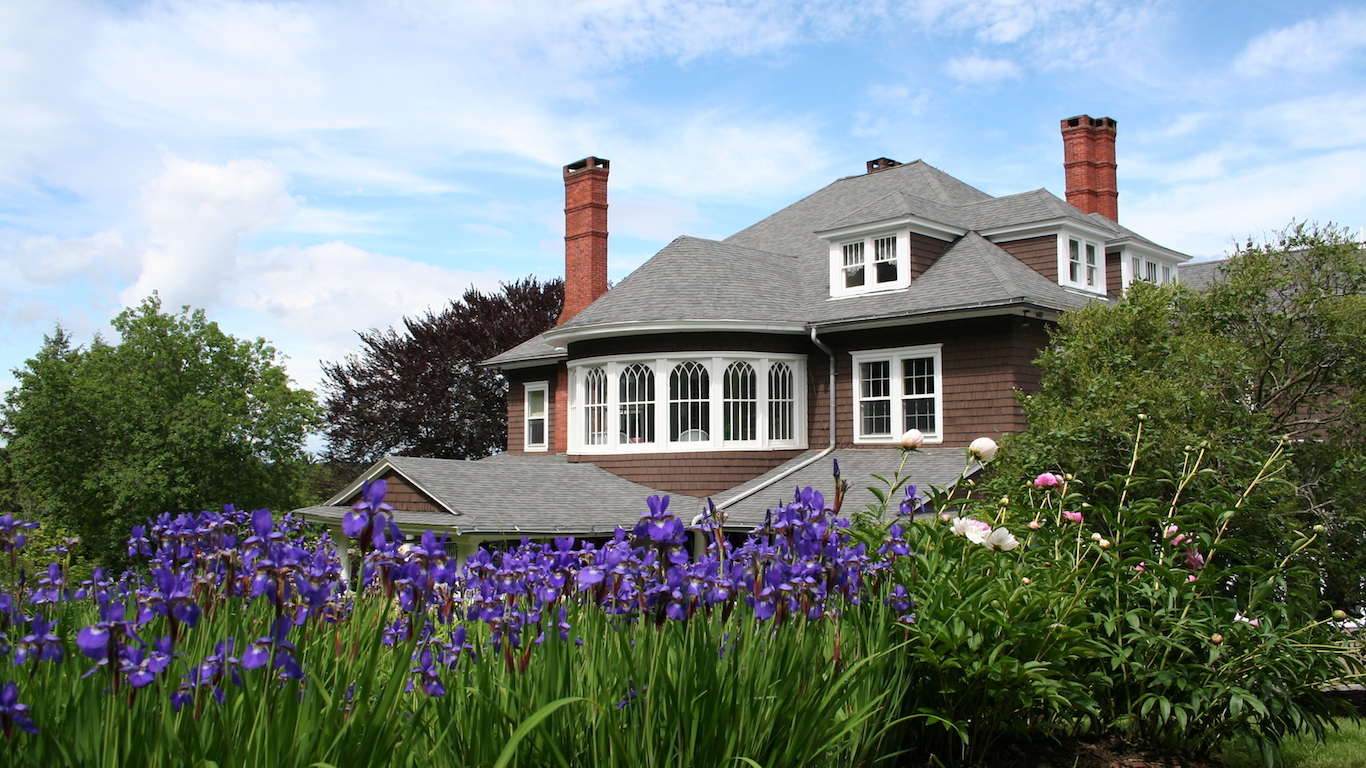 Located in Fairfield County, Connecticut, Danbury is one of the most expensive places in the United States. Goods and services cost an average of 30.8% more than in the area than they do nationwide. Though the median income in Danbury is nearly $13,000 higher than it is nationwide, bigger paychecks are not enough to offset the area’s high cost of living.

Despite the high cost of living, based on a range of socioeconomic measures, Danbury is the most livable city in Connecticut and one of the most livable in the United States. Danbury boasts a higher concentration of restaurants, sports teams, and theatre companies than is typical nationwide. For physically active residents, the city also has a relatively high concentration of recreation centers, golf courses, and nature parks. 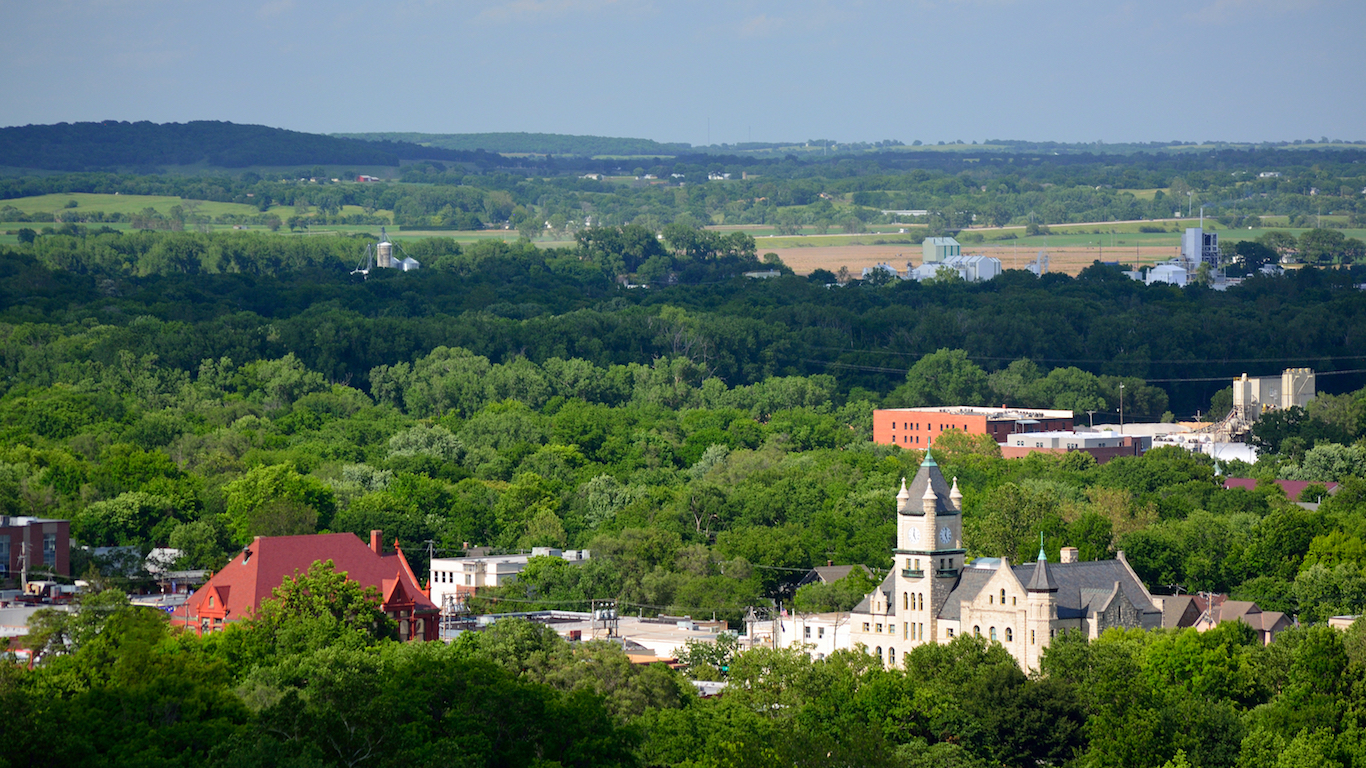 Lawrence, Kansas is home to the University of Kansas, the largest higher education institute in the state with over 30,000 students. KU’s presence might help explain the area’s extremely high educational attainment. While about 31% of American adults have a college education, 57% do in Lawrence. A college degree often leads to higher-paying jobs and also has been shown to have other positive effects, including giving individuals a greater sense of control over their lives.

Lawrence compares favorably to the rest of the country in several measures, including unemployment and the concentration of local attractions and amenities. Still, the city is not perfect. For example, job growth in the city has been slower than in most major cities over the past two years. 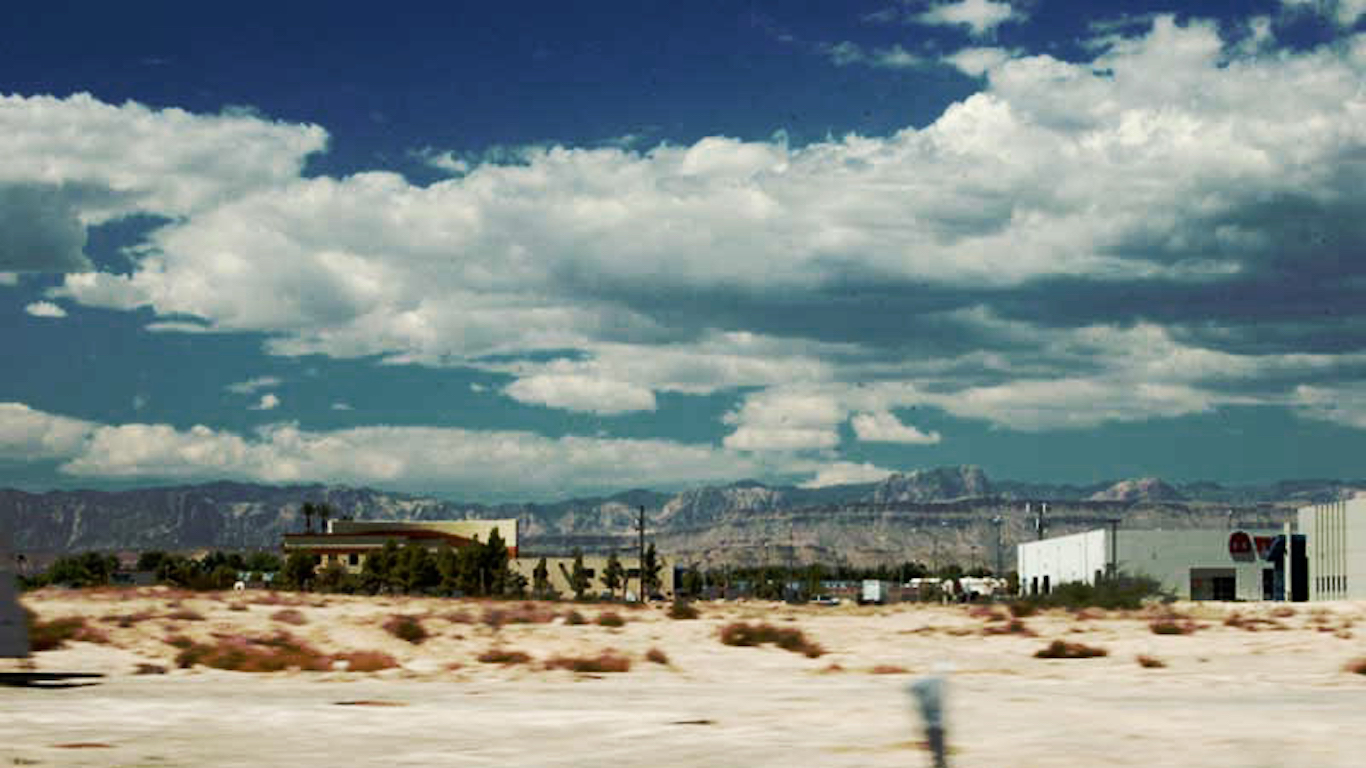 With an 80% population growth in the last 10 years, Enterprise, Nevada is the second fastest growing city in the United States by population. The city’s population boom is not without just cause. Slightly less expensive the nation as a whole, both housing and health care costs are about 6% cheaper than the average comparable costs nationwide. The area’s less expensive housing is partially attributable to low property taxes. Typical area homeowners pay only 0.7% of their home value in property taxes — slightly less than the 1.1% share paid by typical homeowners on a national scale.

Poverty is relatively low in Enterprise. The city’s 7.8% poverty rate is the lowest of all major cities in Nevada and well below the 14.0% U.S. rate.

Many of the best cities to live in are college towns. Lexington-Fayette is home to the University of Kentucky, the largest post secondary institution in the state.

In 1958, the City of Lexington instituted the first urban growth boundary in the United States in order to limit sprawl development and preserve the city’s outlying farmland. The boundary has helped preserve the area’s numerous thoroughbred horse farms and create a culture of horse racing and equestrian events. Today, Lexington is home to two horse racing tracks, and economic activities related to horses generate approximately $4 billion in the area annually.