Teams that Play the Dirtiest 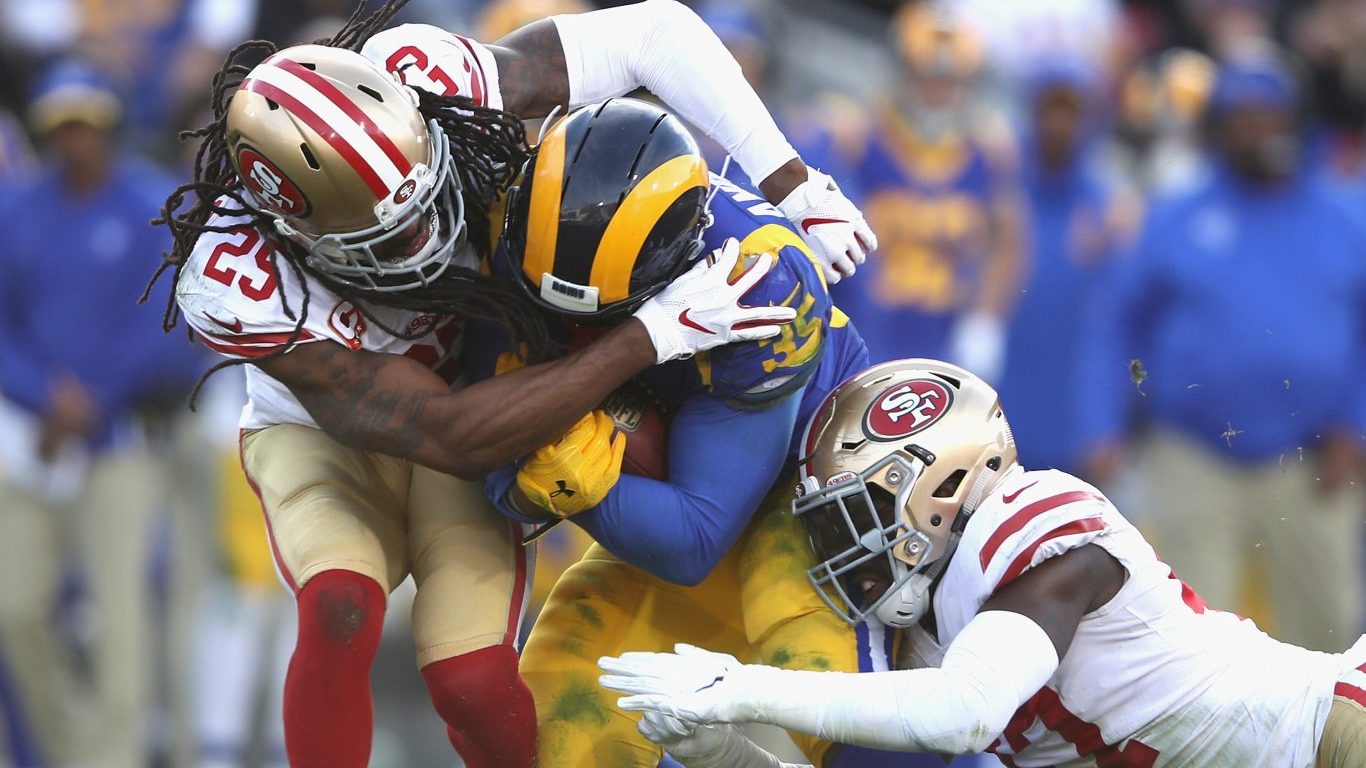 Performance-enhancing drug suspensions are relatively uncommon in the NFL. There were just 19 throughout the course of the 2018 season — three of which handed down to San Francisco 49ers, more than any other team. Wide receivers Max McCaffrey and Victor Bolden each missed four games, while long snapper Kyle Nelson was suspended for 10, as it was his second offense. No other team lost as many players or as many games to suspension as the Niners did. 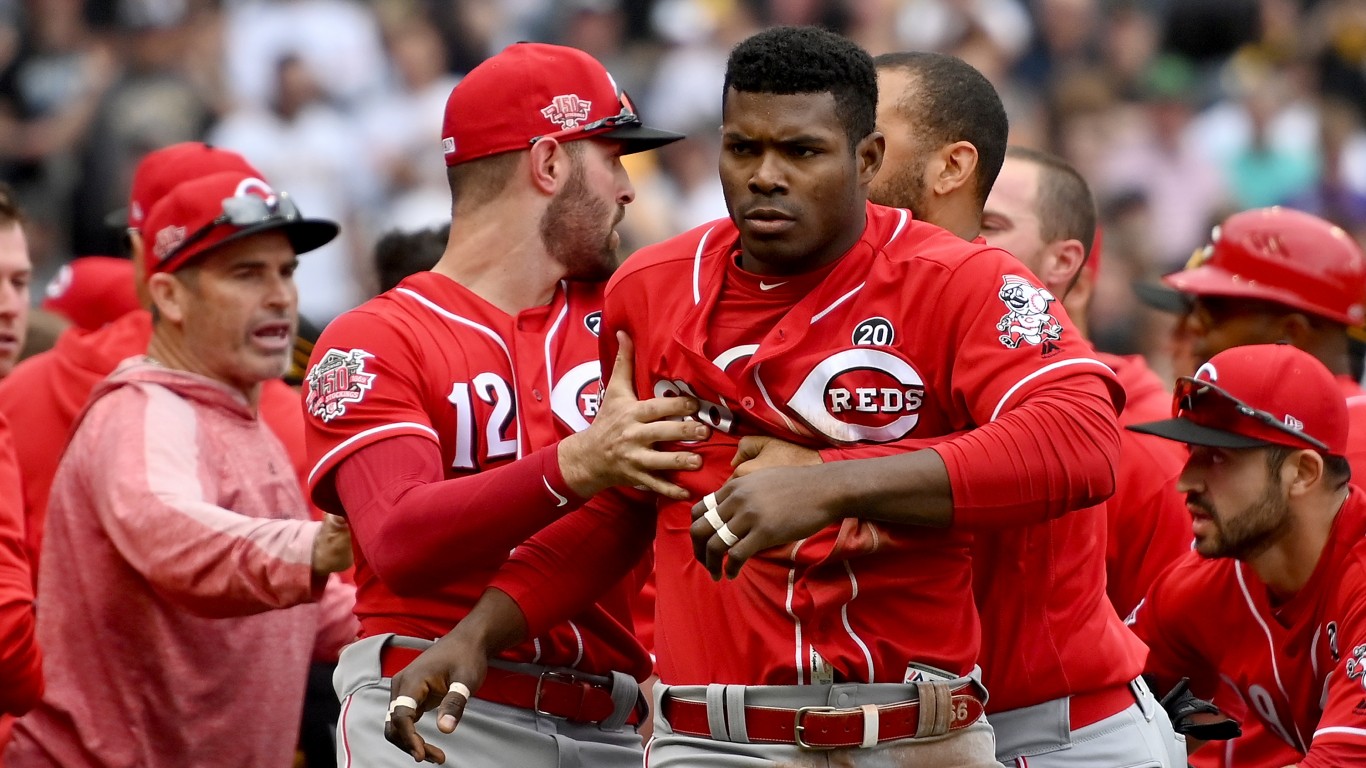 The Cincinnati Reds and Pittsburgh Pirates had long-simmering bad blood dating back to the early season. It finally came to blows in July when Reds reliever Amir Garrett charged the entire Pittsburgh dugout, starting a huge fight. Yasiel Puig, who was later traded to Cleveland, was actually suspended twice in 2019 for fighting the Pirates two different times — first shoving Pittsburgh’s catcher in April, then joining in the July fisticuffs. Altogether, the Reds received 16 games worth of suspensions last season for on-field conduct, second only to the Pirates. 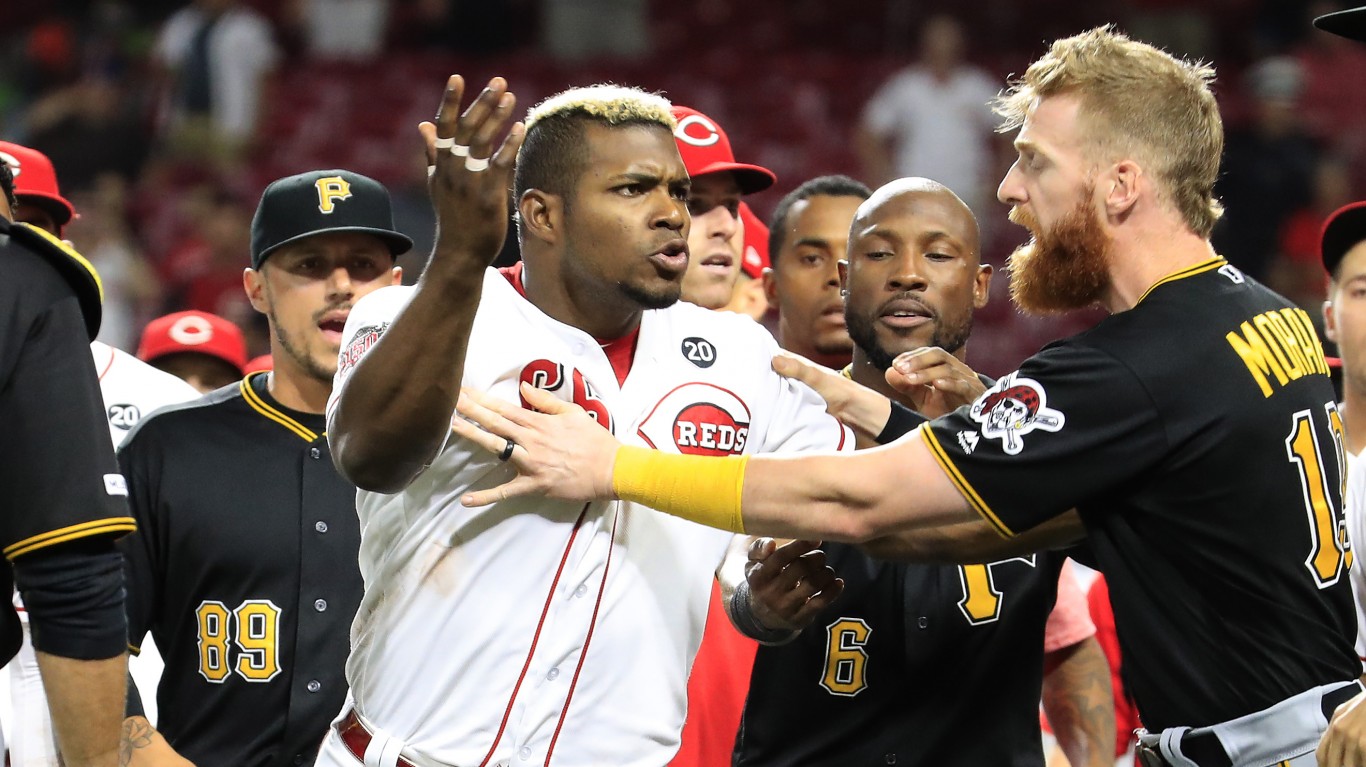 The MLB handed down 23 games worth of suspensions to the Pittsburgh Pirates stemming from their dustups with Cincinnati, compared with the Reds’ 16 games, sending the message that Pittsburgh instigated. Pitcher Chris Archer was suspended five games for throwing a pitch at the Reds’ Derek Dietrich in April. In the second and more serious brawl, Keone Kela was suspended for 10 games, Jose Osuna for five games, and Kyle Crick for three games — all for their actions in the scrum. 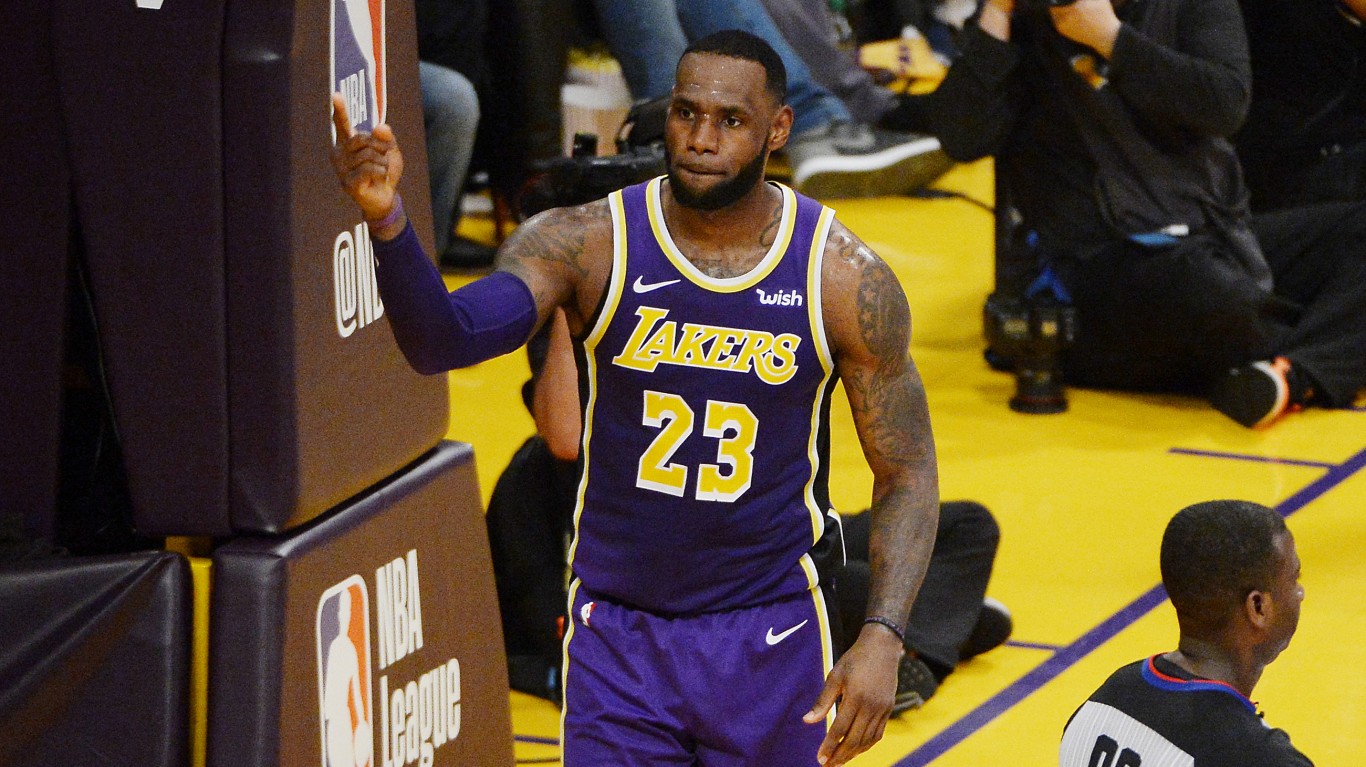 Suspensions are fairly uncommon in the NBA, with the league handing out 17 game suspensions due to disciplinary action. Seven of those games were handed down to two Los Angeles Lakers players, Rajon Rondo and Brandon Ingram, for a serious brawl against the Houston Rockets toward the beginning of the season. Both players threw punches after Rondo got into a skirmish with Rockets point guard Chris Paul. The team racked up over $300,000 in fines and lost salary for various infractions throughout the season, one of the highest totals in the NBA. 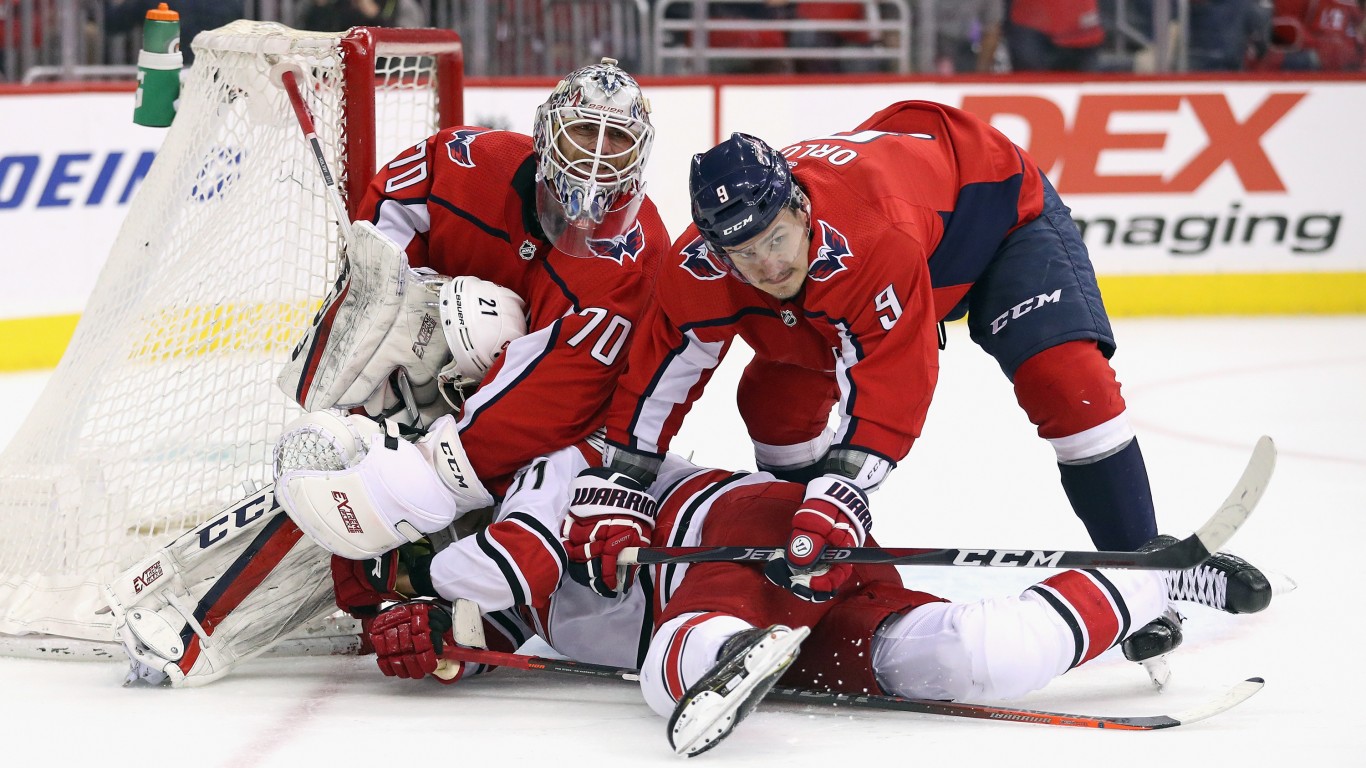 Tom Wilson, Washington Capitals winger, has developed a reputation for taking things too far on the ice. He was suspended three times during the 2017-2018 season, when he helped the Caps win their first Stanley Cup. He was again punished for a hit he dished out in the 2018-2019 preseason, injuring St. Louis Blues player Oskar Sundqvist with a high hit. First judged to be a 20-game ban, it was later reduced to 14 games. He also lost nearly $900,000 in salary for missing those games. No other team had more than nine combined games worth of suspensions all season for on-ice conduct.