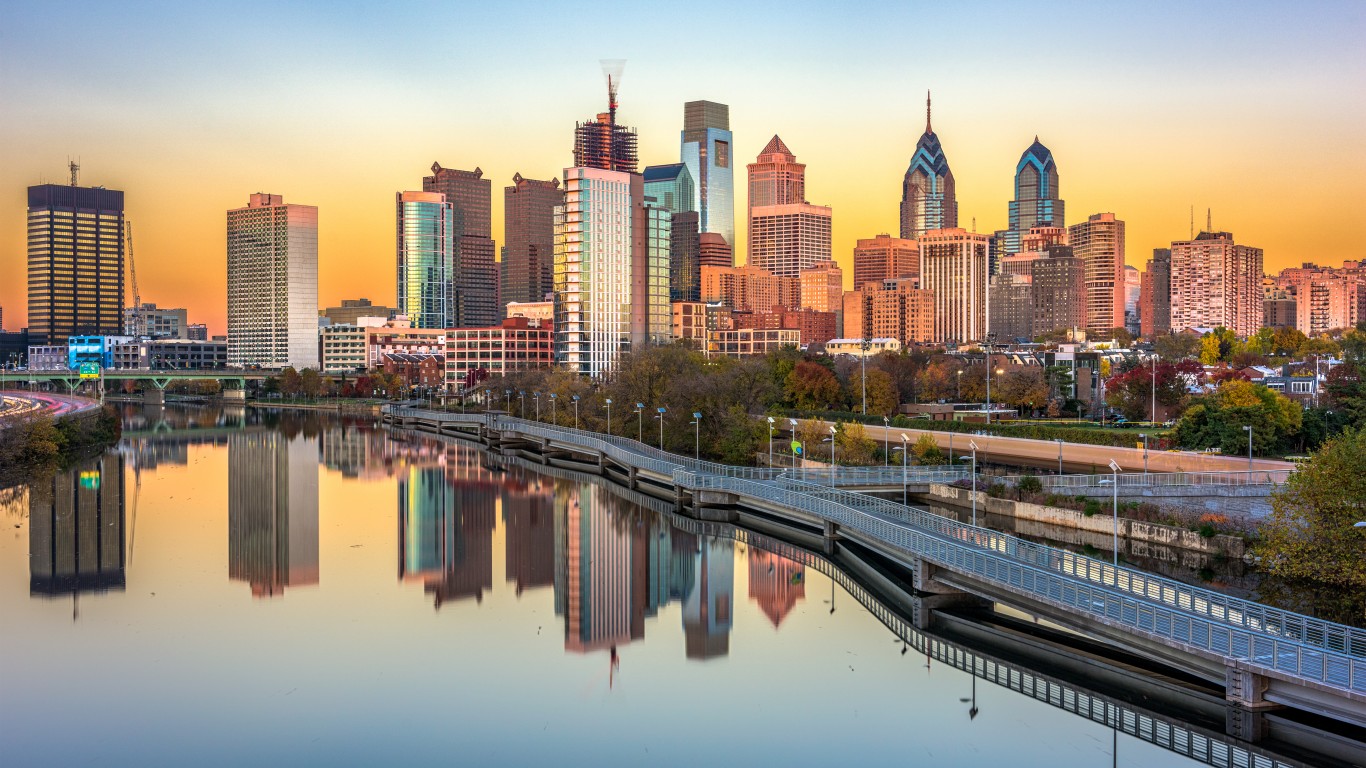 Philadelphia is one of only 40 American cities with a violent crime rate of over 900 incidents per 100,000 people. Nationwide, the 2018 violent crime rate was 369 per 100,000. Homicide is especially common in Philadelphia. According to the FBI, there were 351 murders in the city last year, the second most in the country, trailing only Chicago, and far more than the 295 homicides reported in New York, a city less than 100 miles away with a population more than five times that of Philadelphia.

In June 2019, the City of Philadelphia awarded $700,000 in grants to community groups that provide services like employment connection and education support throughout the city in an effort to reduce violence. 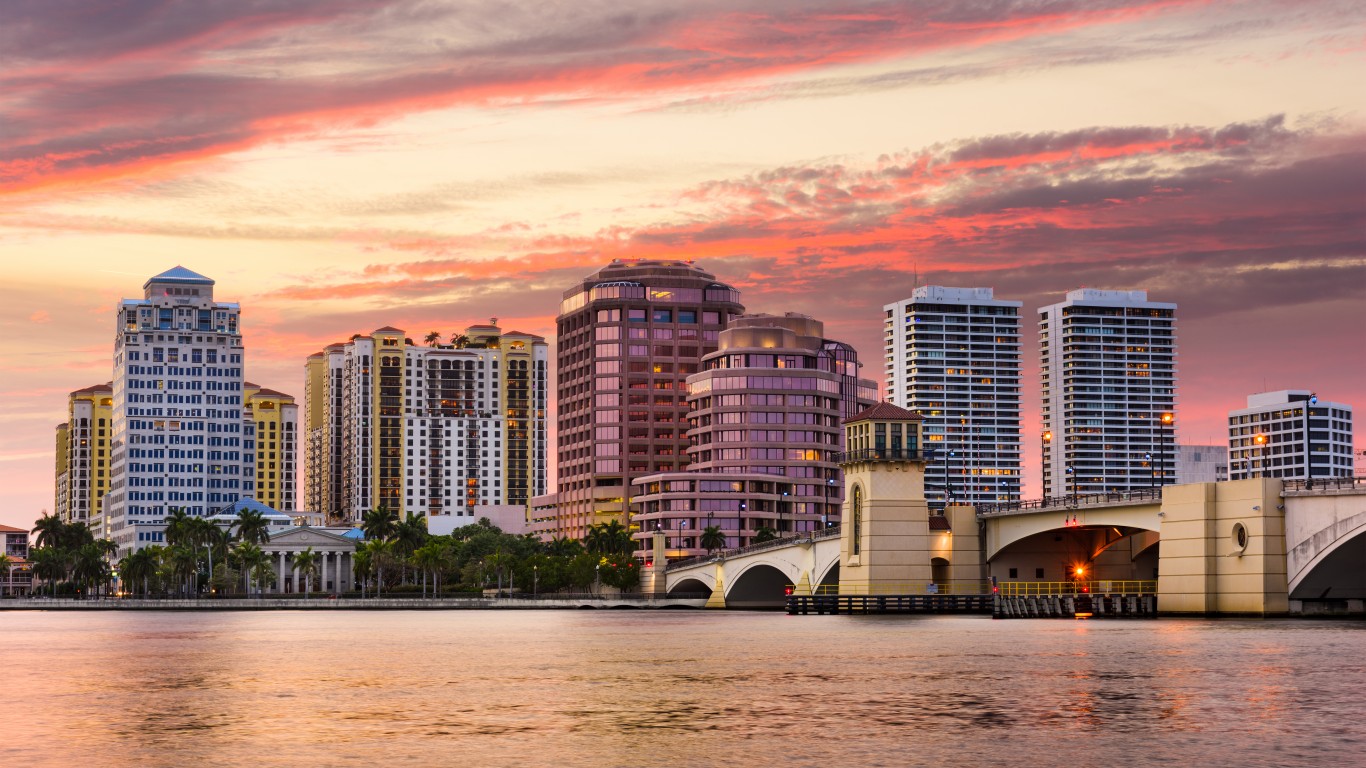 West Palm Beach is the only city in the Sunshine State to rank among the most dangerous in the country. There were 1,026 violent crimes in the city in 2018, or about 919 for every 100,000 residents. The city, separated from the Atlantic Ocean by the barrier island of Palm Beach, has a particularly high murder rate. There were 24 homicides for every 100,000 people in the city in 2018, 12th highest among U.S. cities and nearly five times the national murder rate.

Much of the violence in the city is gang related. In response, city officials earlier this year announced the creation of a multi-agency task force to crack down on gang activity. In June 2019 the Palm Beach County Sheriff’s Office arrested 14 members of the Firehouse Clique gang on multiple charges, including drug trafficking, aggravated assault, and homicide. 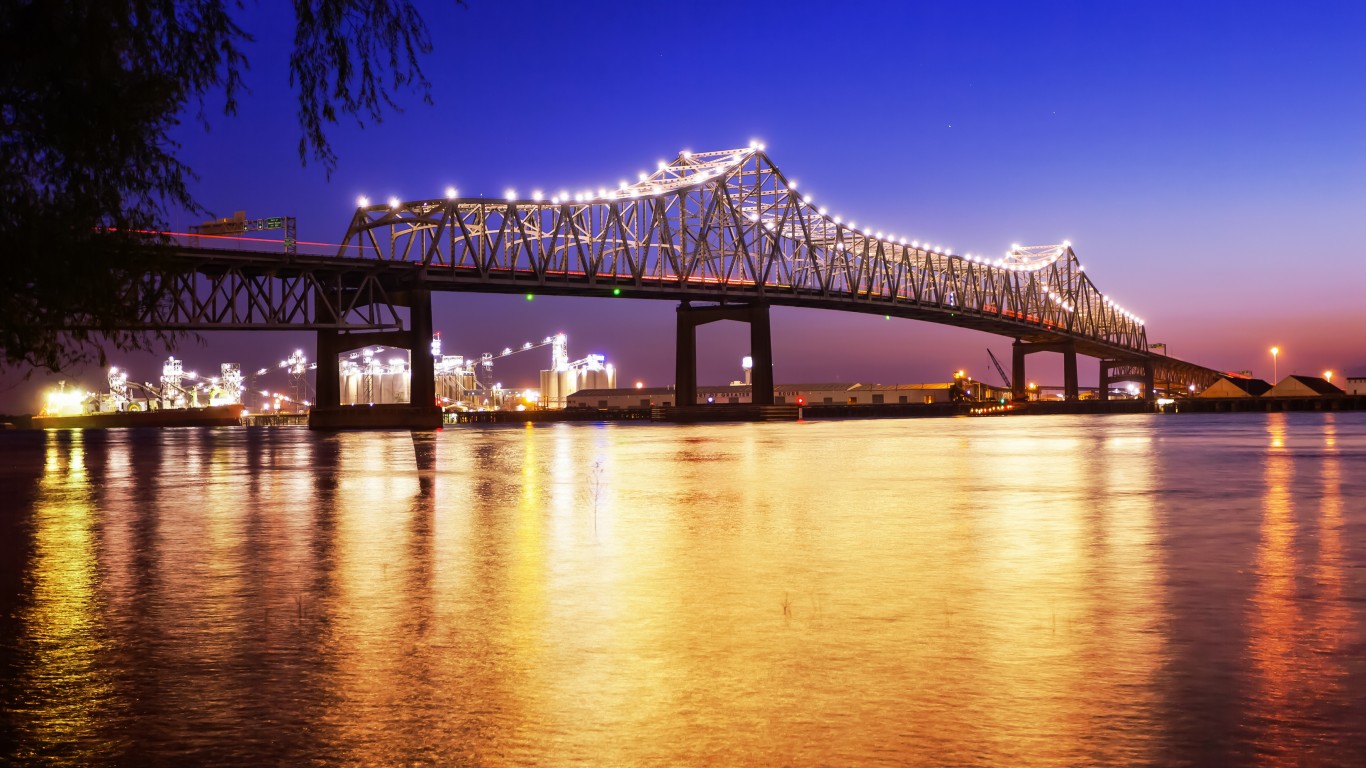 The Louisiana state capital is one of the most dangerous cities in both the state and the country. There were about 920 violent crimes — which include offenses like murder, rape, robbery, and aggravated assault — for every 100,000 people in the city in 2018. Even more staggering, however, is the city’s murder rate. There were 79 homicides reported in the city in 2019, or 35 for every 100,000 people, the sixth highest murder rate of any city tracked by the FBI and about seven times higher than the national violent crime rate.

As violence remains high in the city, the local police department is grappling with staffing shortages. In an effort to use police resources more efficiently, police officials have begun to utilize new software that identifies hot spots in the city where crime is most likely to occur. 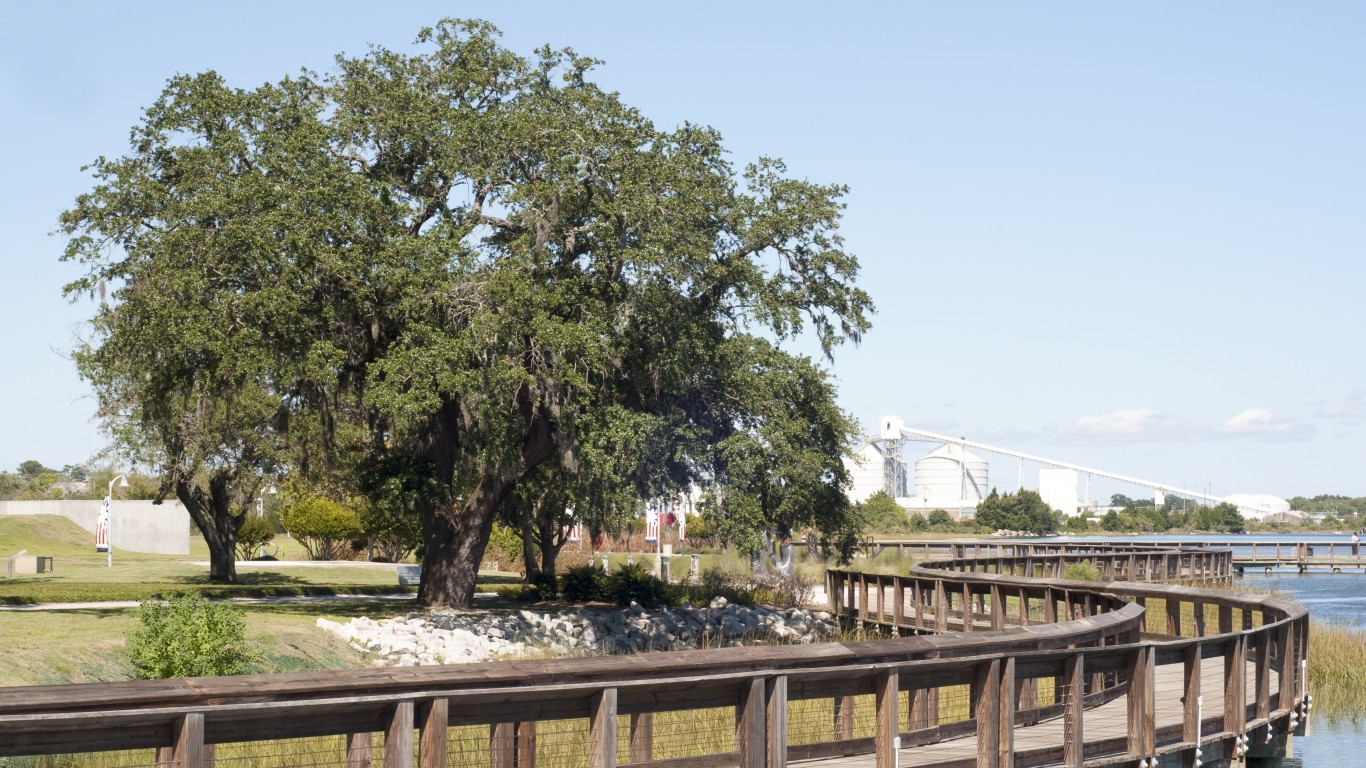 With a violent crime rate of 921 incidents per 100,000 people, North Charleston is the only city in the Carolinas to rank among the most dangerous in the United States. Violent crimes like aggravated assault and robbery are not the only violations common in the city. North Charleston’s property crime rate — which includes offenses like burglary and motor vehicle theft — of 5,820 per 100,000 people ranks higher than all but nine other cities tracked by the FBI.

In early 2018, Reggie Burgess was sworn in as the new police chief of North Charleston. Burgess’s answer to the city’s crime problem has been increased emphasis on community policing, a strategy that proactively addresses the root causes of crime by building a relationship of trust between law enforcement and local residents. 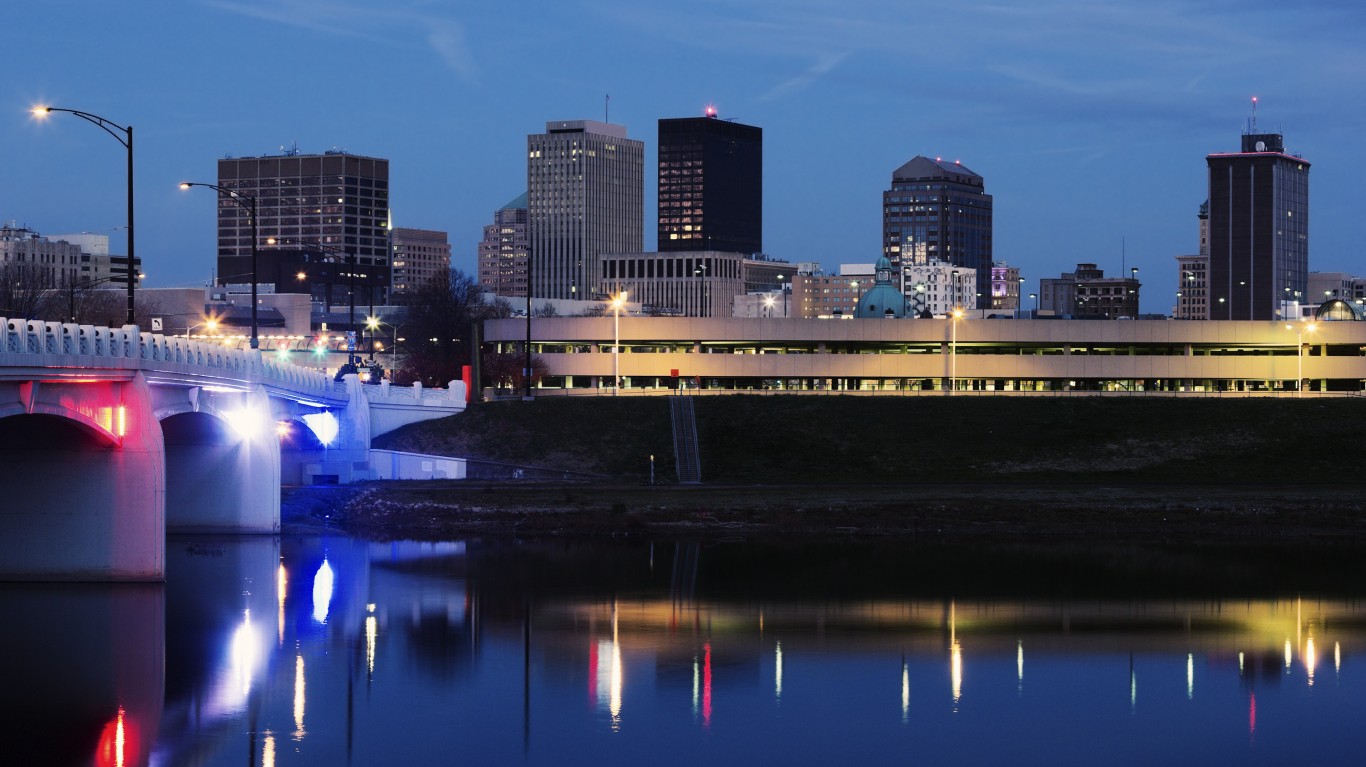 Including Dayton, five of the 50 cities on this list are located in Ohio. The only other state with as many cities with violent crime rates high enough to rank on this list is California, the most populous state in the country.