The Healthiest States in America 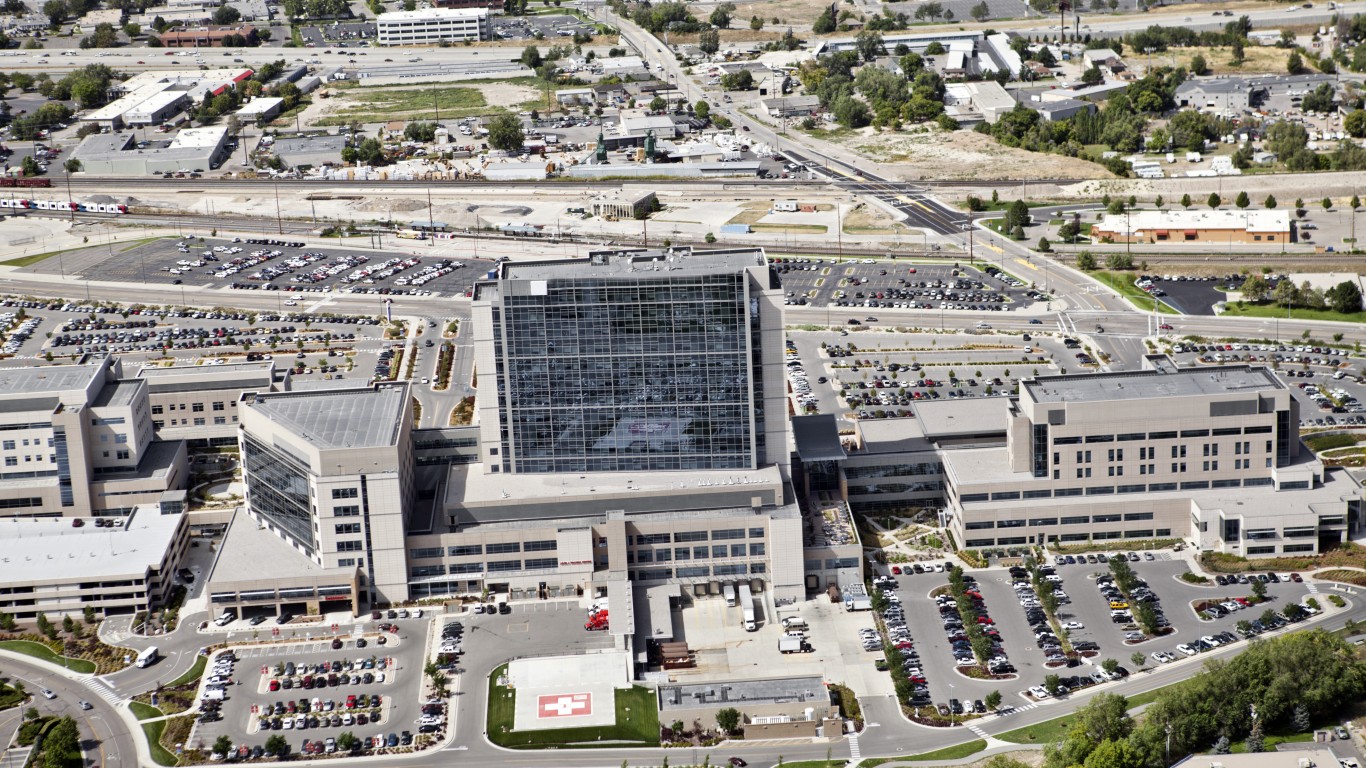 With a median household income of $71,414, Utah residents are among the nation’s wealthiest. High incomes help Utah households afford healthier food, medicine, and medical care. As in the majority of healthy states, Utah residents were also in relatively good physical health. The state has the nation’s lowest concentration of deaths from cancer as well as the second lowest rate of adults with diabetes. 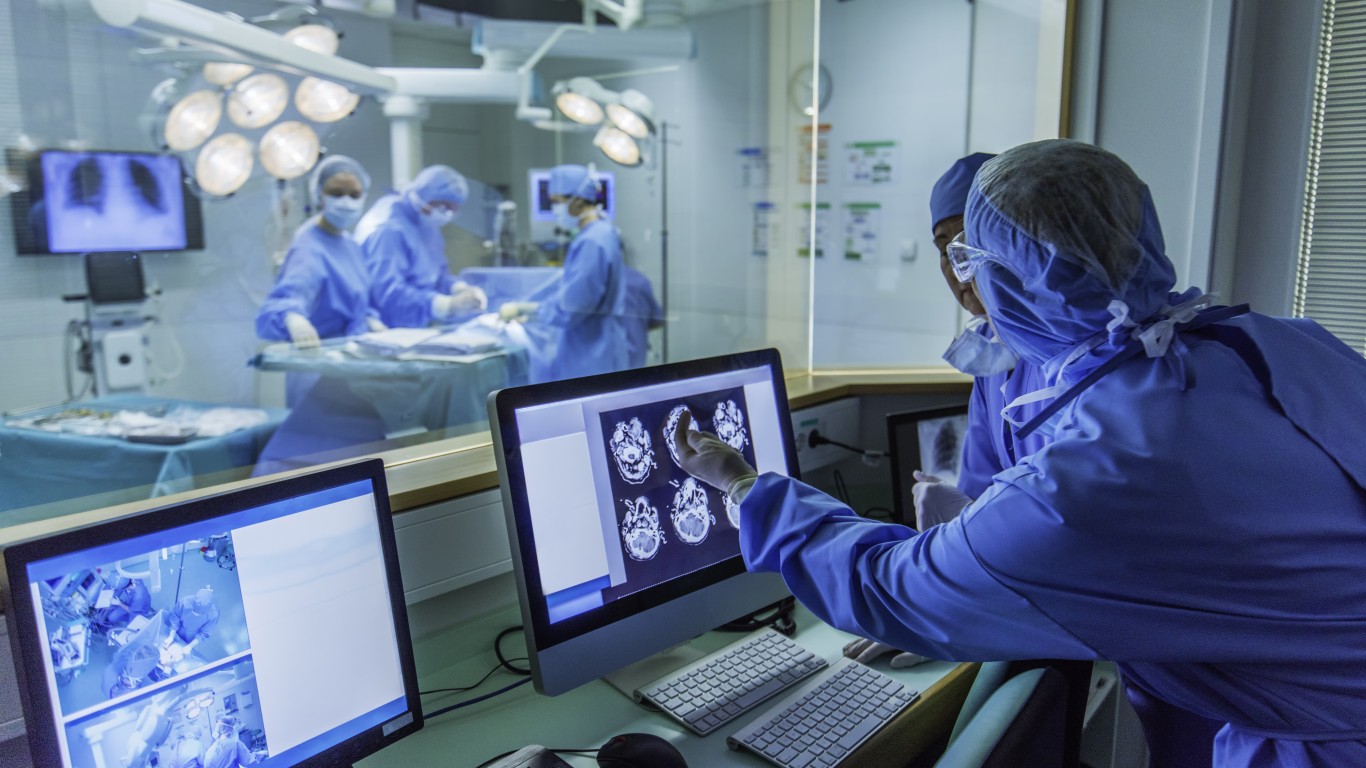 The state fares well in health determinants related to both policy and clinical care. The child immunization rate of 75.3% is the tenth highest in the country, and the adolescent immunization rate of 95.4% is the third highest in the nation. Further, Connecticut had the fourth highest concentrations of primary care doctors at 220 per 100,000 people.

24/7 Wall St.
States With the Most Smokers 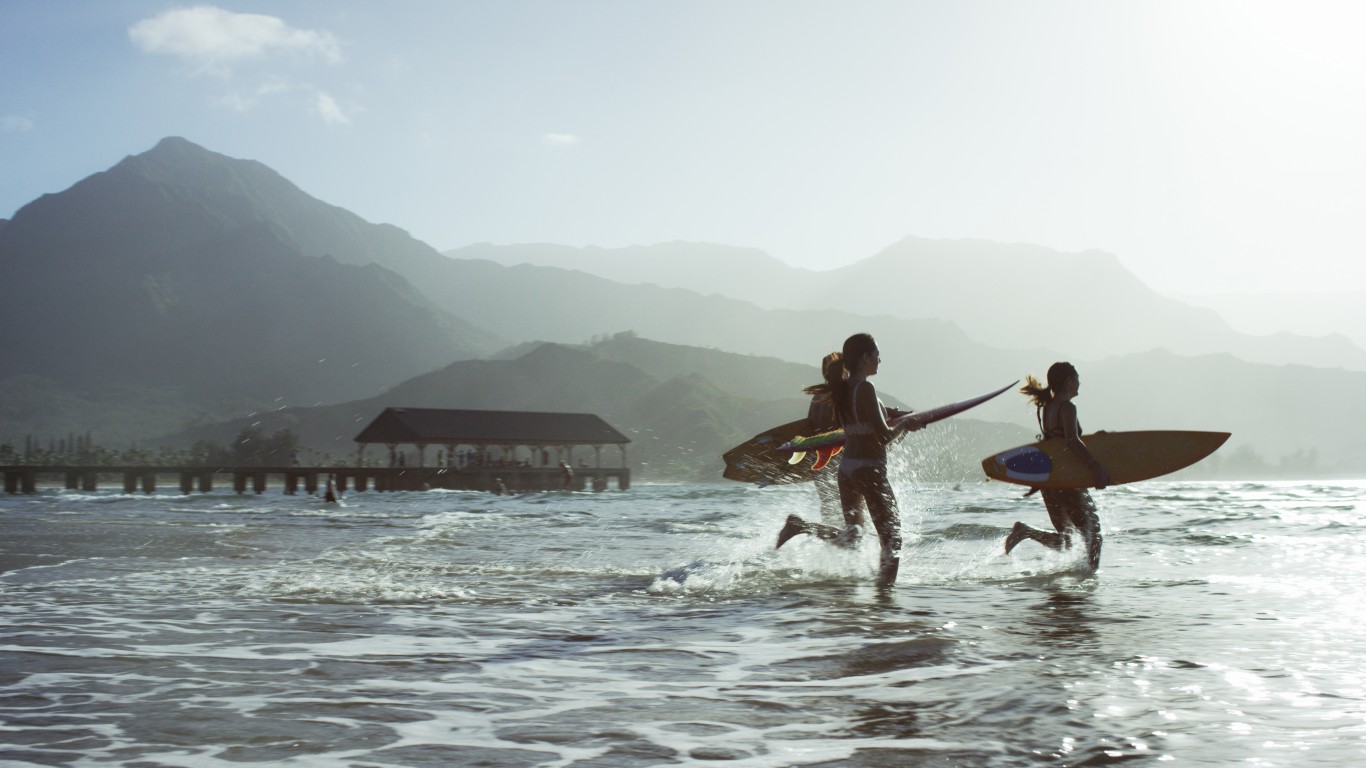 A major reason for Hawaii’s high ranking among the healthiest states is its dedication to promoting good health through policy. The state provides $192 in public health funding per person, behind only Alaska and New Mexico. Just 4.0% of Hawaii’s population is not insured, the second-best rate nationwide. By comparison, 8.8% of Americans across the country are uninsured and, on average, states’ public health funding totals just $87 per person.

Beyond just policy, Hawaiians are among the least likely Americans to be obese or physically inactive. Preventable hospitalizations are the lowest in the nation at just 23.3 per 1,000 Medicare beneficiaries, compared to 49.4 per 1,000 beneficiaries nationwide. The state had just 209.8 cardiovascular deaths and 159.1 cancer deaths per 100,000 people, both among the lowest rates. 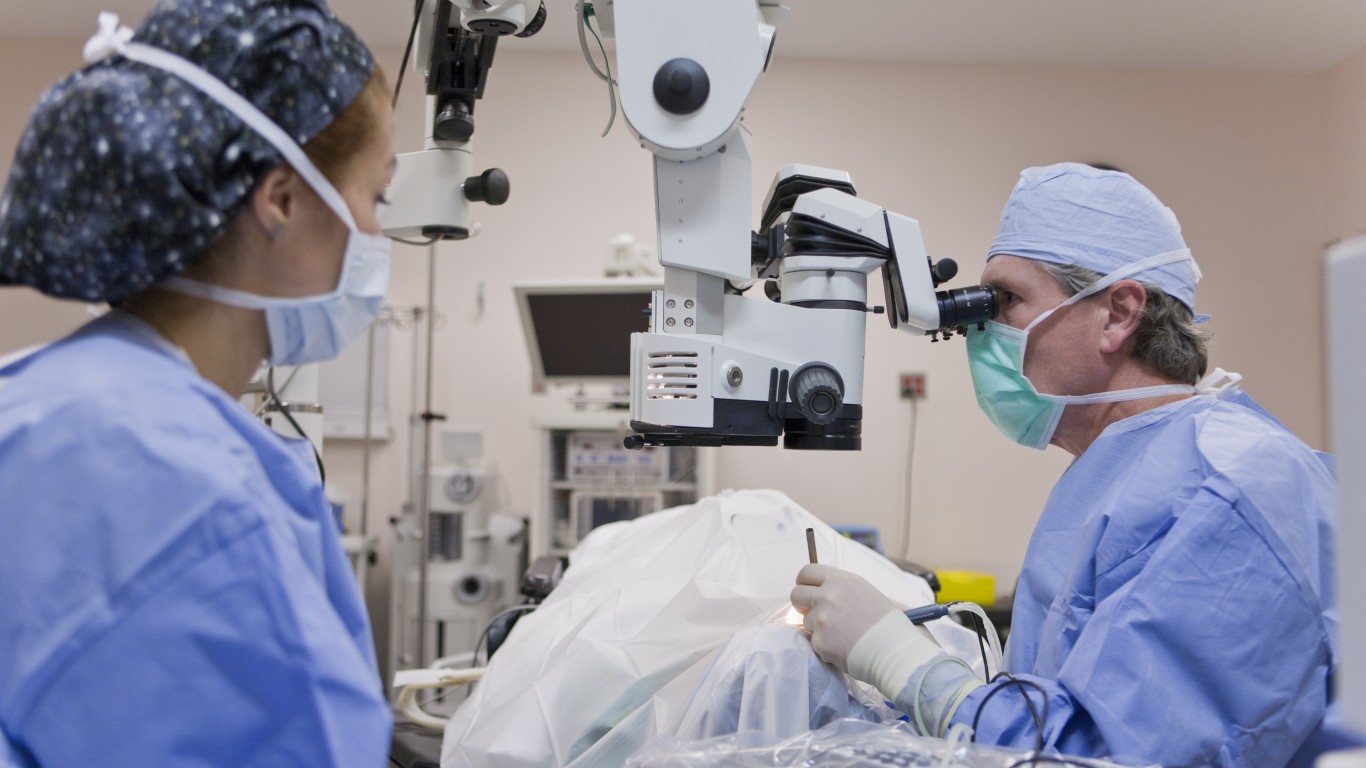 Massachusetts has the lowest rate of people without health care coverage in the nation, at just 2.8% of the population. By comparison, 8.8% of all Americans lack health insurance. In addition to having a largely insured population, Massachusetts also had the second highest concentration of primary care physicians in the U.S., at more than 247 for every 100,000 residents, as well as the highest concentration of dentists, at 82.7 per 100,000 people.

Low rates of smoking and obesity also help residents stay healthy. And high levels of immunization, too, help promote good health. About 82.1% of children between 19 months and 35 months have received the recommended doses of key vaccines. Immunization coverage among adolescents is the fifth highest, at 94.7%. 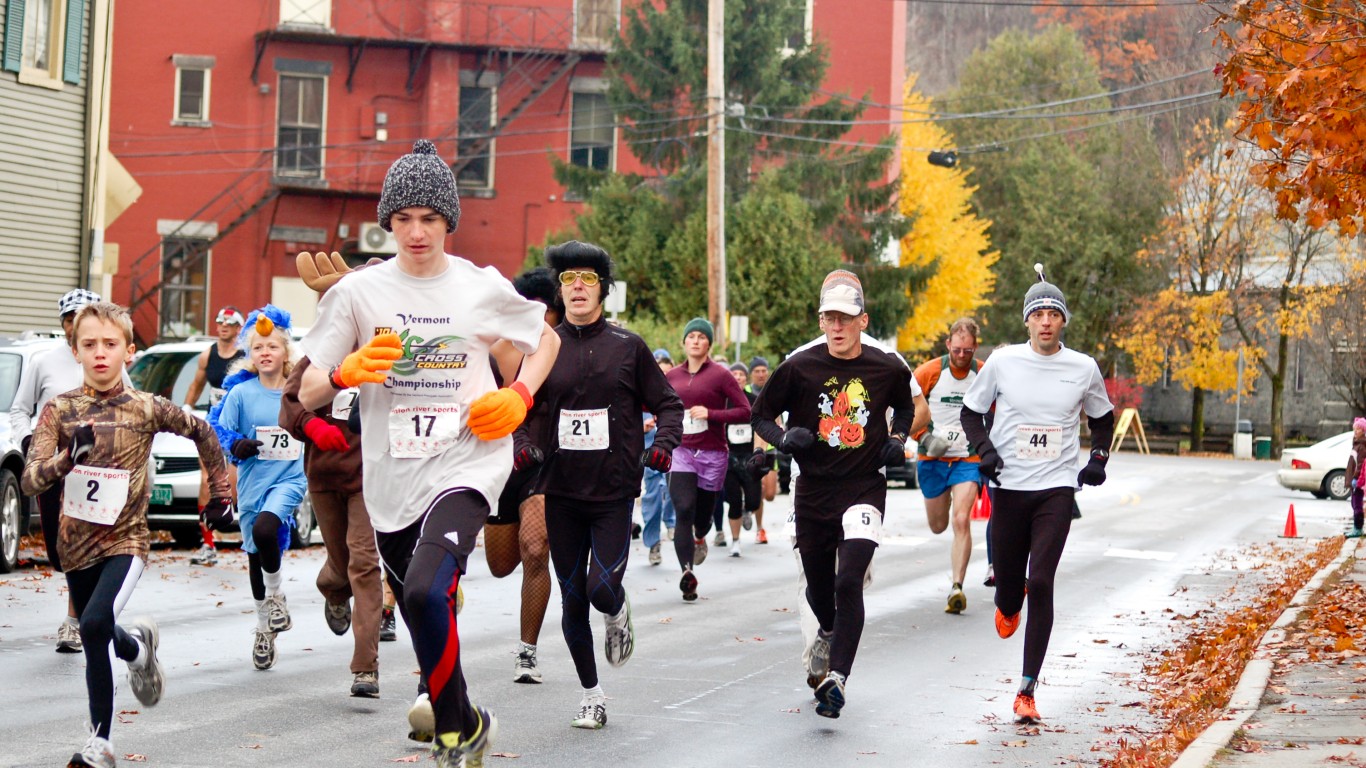 Vermont is the healthiest state in the country. Obesity, smoking, and physical inactivity are relatively uncommon behaviors among Vermonters. Just over 90% report exercising on a regular basis, the fourth highest share in the country and just 27.5% of adults are obese. In comparison, 23.8% of Americans across the country say they don’t exercise and 30.9% are obese. The adult smoking rate is also significantly lower than the U.S. average at 13.7%, the 10th lowest, compared to 16.1% nationwide.

Vermont’s public health funding is among the highest in the nation. The state spends $144 per person for programs promoting nutrition, exercise, no smoking, and other healthy habits. In addition, the rate of uninsured residents is among the lowest in the country — 4.3%, more than half the national rate.

The City With the Longest Life Expectancy in Every State