While the death toll and spread of COVID-19 have caused great concern in light of the lack of a vaccine and full understanding of the virus, these numbers are nowhere near the levels reached during a typical flu season in the United States.

According to estimates from the Centers for Disease Control and Prevention, between 22 million and 31 million people in the United States have been sick with the flu or flu-like illnesses so far this season. And between 12,000 and 30,000 flu deaths were estimated over that period. 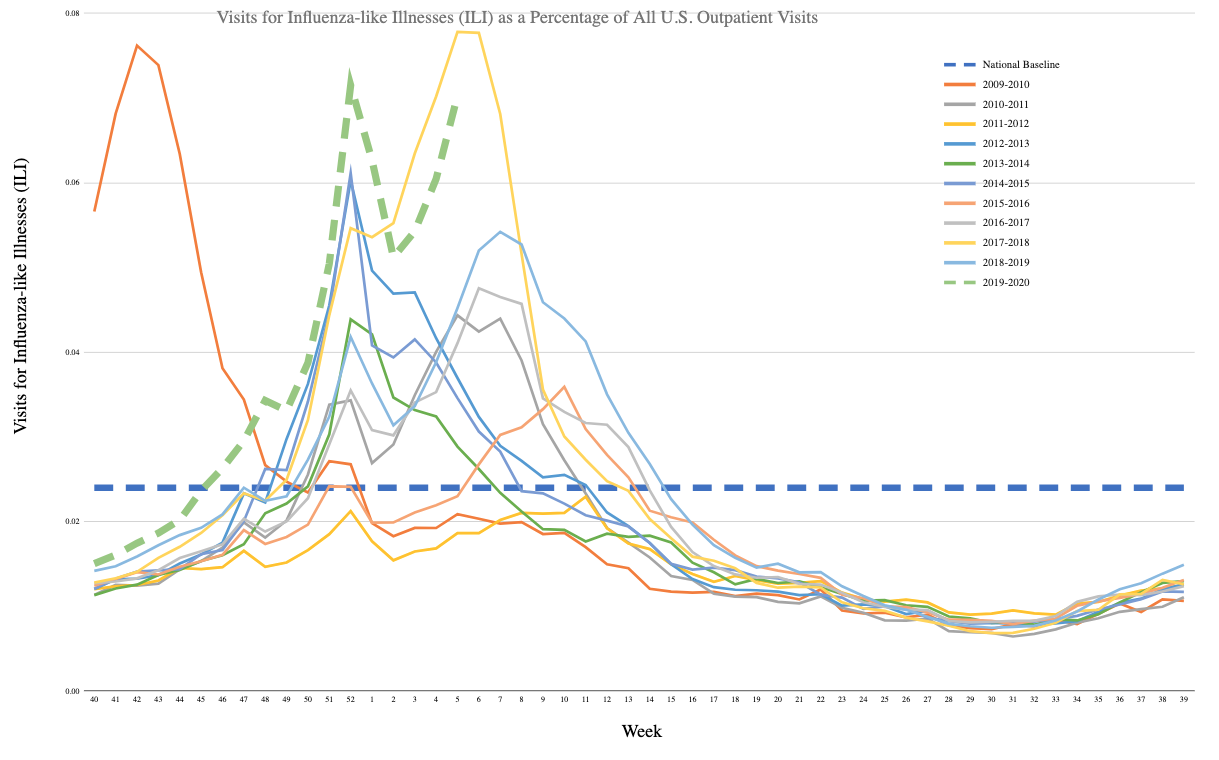 Though flu incidence is considerably higher than usual this season and it has not yet peaked, this year’s flu season is not as bad as the 2017-2018 season.

Still, influenza-like illnesses have been rising in recent weeks. Flu-related visits to health care providers rose this week from 6.0% to 6.7% of all patients.

To identify the incidence of the flu in every state, 24/7 Wall St. reviewed the latest weekly influenza surveillance report prepared by the influenza division of the CDC. Influenza-like illness activity levels (minimal, low, moderate, and high) are based on the difference between current and off-season average proportions of outpatient visits to health providers for flu-like illnesses.

It is important to note that outbreaks occurring in a single city can cause a state to display high activity levels, and data collected may disproportionately represent certain populations within a state and therefore may not accurately capture influenza activity for the whole state.

The percentage of outpatient visits with flu-like illnesses so far this flu season (Oct. 1, 2019 through Jan. 27, 2020) was calculated by 24/7 Wall St. using data reported weekly to the CDC.

Activity levels for states are measured against regional off-season average patient visits for flu-like illnesses. Across the 10 geographical regions the CDC defines, these off-season baselines range from 1.1% of patients in the Seattle region (Idaho, Oregon, and Washington) to 3.1% in the New York region (New Jersey and New York). States with high activity levels are those where flu cases have exceeded the respective baseline by the most.

Each state’s 65 and over and 5 and under populations were obtained from the U.S. Census Bureau’s 2018 American Community Survey.