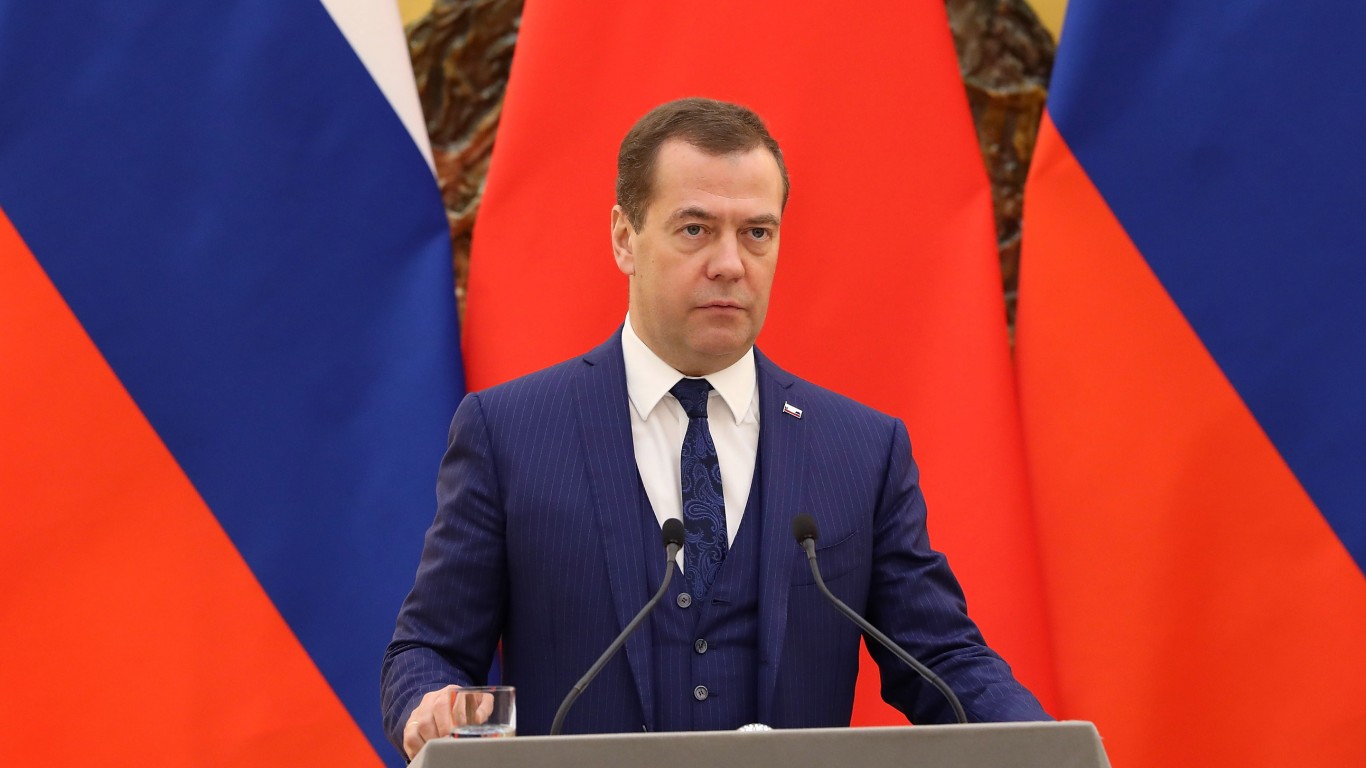 Dimitry Medvedev
> Title: President of the Russian Federation
> In office: 2008-2012

A close associate of Vladimir Putin, Dimitry Medvedev was elected president of the Russian Federation in 2008. He and Putin ruled the country virtually in tandem. After not running for president in 2012, Medvedev conceded the position to Putin, who named him prime minister that same year. During his time in office, he successfully integrated Russia into the World Trade Organization.