IBM Buyout of Weather Co. Would Be Another Huge Mistake 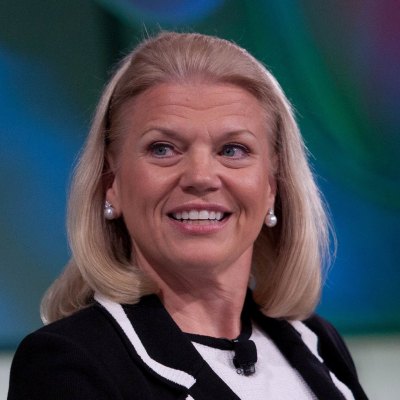 Source: Wikimedia Commons (Asa Mathat / Fortune Live Media)
International Business Machines Corp. (NYSE: IBM) has continued to struggle with earnings, the very modest success of its cloud business, recent revelations it is in the midst of an SEC investigation and a huge drop in its stock price. Its shares trade at a 52-week low. There are new rumors that IBM will buy the digital businesses of Weather Company, which operates The Weather Channel, another sign IBM can’t find an appropriate path to a successful future.

IBM, as it is today, is an amalgamation of its Watson AI product, which is a branding opportunity but brings in very little revenue; its cloud business, which trails most of its large competitors; a failing hardware business; and a long list of service businesses and software offerings. Wall Street has punished the company both for its financial results and a lack of vision by CEO Virginia Rometty.

Rometty’s latest failure was the most recent IBM quarterly earnings, which posted a drop in revenue of 13.9% to $19.3 billion, and a fall off of 14.3% in income from continuing operations after taxes to $3.0 billion. No other large U.S. technology company is doing as badly.

To further confuse what IBM is and is not, according to The Wall Street Journal, the company will buy Weather Co. for about $2 billion because:

IBM is particularly interested in Weather Co.’s forecasting group, WSI. That division houses technology and weather data that the Weather Co. collects, manipulates and licenses to companies ranging from airlines to utility companies to insurance providers.

ALSO READ: Why Investors Do Not, and Will Not, Care About Another Big IBM Stock Buyback

Weather Co. and IBM already have an alliance, struck earlier this year. The idea was to combine Weather Co.’s weather data and forecast information with IBM’s cloud computing skills and analytics know-how, so the two could come up with new ways to package and sell weather data and business solutions to different industries. IBM’s artificial intelligence service, Watson, is central to that arrangement.

The reasoning assumes that Weather Co. has done a poor job using “big data” on its own. Based on its success and its leadership in the forecast industry, that is almost certainly not true.

Weather Co. would allow faltering IBM to have two public faces: Watson, which is good for television commercials about IBM’s artificial intelligence and cloud skills, and Weather Co.’s digital assets, which will show that IBM can forecast the future — in one small industry.