Yet Another Money-Losing Plan by Sprint to Acquire New Customers 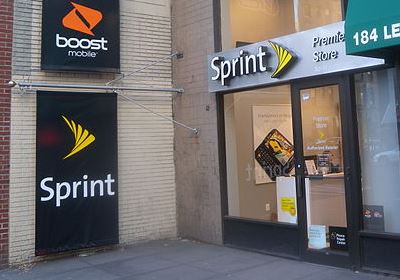 Source: Wikimedia Commons
Sprint Corp. (NYSE: S) seems more willing than ever to lose money to acquire new customers. The struggling cellular carrier has yet a new ploy to acquire new customers. The company announced on Friday that it will start reimbursing all the costs to switch carriers. Sprint will now pay for your early termination fees, and it will even make your remaining payments for you if you have a phone installment plan. The kicker is that there are no limits on how much it will pay.

24/7 Wall St. cannot be alone here in thinking that this could easily be a serious money losing effort. We cannot be sure that all customer acquisition costs result in losses, but what is one to think when the company says there is no limit to what it will pay?

Sprint claims to have 56 million customers. This is certain to bring in more customers from legacy or prepaid carrier plans, but the market has to start asking what the real cost here is going to be. Sprint said:

Customers simply need to switch to Sprint and turn in their current phone. Sprint will refund the switching costs within approximately 15 days of successfully completing the online registration and providing a bill that shows the early termination charge or device balance due.

If Sprint can resell the old phones for a handy sum, then maybe this will not be as bad a net cost generation gimmick as it sounds. Still, the costs that some customers could dump on Sprint may easily exceed what it can recapture from reselling the old phones. What if those phones are really old models?

New customers will get to keep their number regardless of what carrier they use. After all, you do pay for number transferability each month. Sprint will also give its customers a prepaid return kit in the mail.

Sprint is dedicated to its customers. We have invested millions of dollars in our network and offer the most competitive rate plans in the industry. And, now we are making it easy to see what Sprint is all about by paying your costs to switch including early termination fees. We want all U.S. wireless consumers to find out what our 56 million customers already know – Sprint offers the best value in wireless.

What Sprint did not say was how much money it was willing to keep losing in an effort to accumulate more customers. Analysts are calling for the losses to continue here. Again, we cannot confirm that Sprint loses money on every customer in this initiative. Still, its history of losses speaks for itself.

It turns out that Wall Street investors were not excited about the financial merits of this new sales gimmick either. Sprint shares were down three cents at $5.07 in mid-Friday trading, against a 52-week range of $3.79 to $9.76.

As a reminder, in many ways Sprint’s new ownership structure makes it very similar to the old tracking stocks from yesteryear. When Sprint merged with Softbank in 2013, approximately 72% of the shares were bought by Softbank. That deal was at $7.65 per share at the time.

Seriously, how long can companies lose money to keep expanding their customer base?